New Column Debuts: ‘A Quick 5’ For Cyndy A. Marion

Welcome to “A Quick 5.” This column poses 5 questions to people working in all aspects of the theatre. Some people you will recognize and some will be brand new to you. I have been working in the theatre for over 20 years and have come across a lot of interesting people. You will get a chance to meet designers, musicians, producers and of course actors that are all working in the DC and NYC theatre scenes. Some famous and some not, and some emerging – but they all have one thing in common – all of them are extremely talented and committed to their art. 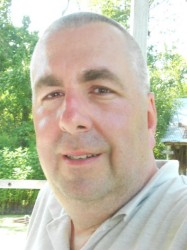 Cyndy Marion is the Artistic Director of White Horse Theater Company in NYC. Over the past 9 years her company has come to be known for their productions of works by Sam Shepard and Tennessee Williams. Her current production of Suddenly Last Summer is  running through Oct 2  to rave reviews and sold out houses. Since this is my current project as a Stage Manager and Cyndy has been not just an employer but a true friend to me over the last 5 years, I know of no better person to start off this column .

How did you get started in the theatre?

I first became interested in theater in grade school. I did a few skits and a teacher suggested I take acting classes. So my first foray into the world of theater was as an actor. With the amount of schoolwork I had to do it really became too much of a task to memorize lines and I was just not that committed to it. I found my real passion for theater when I took a directing class  at Davidson College. I went on to stage several new plays in NYC after returning home from College and then got my MFA in Directing at Brooklyn College. I have been directing plays with White Horse Theater ever since.

Founded in 2003, White Horse Theater Company is a not-for-profit organization dedicated to producing and developing American plays. We seek to investigate and celebrate American culture by re-examining American classics and nurturing new American voices. We are particularly interested in devoting ourselves to one great American playwright at a time, exploring their body of work including the less familiar or more problematic plays. We aim to shed new light on seldom-produced works or revitalize masterworks making our productions accessible to both the general public and a scholarly audience.

You tend to do the work of the same playwright for a few years before moving on to someone else. Any particular reason?

As a director I enjoy immersing myself in a playwright’s body of work. Getting to know their entire canon and biography in order to better understand the context in which they were writing. This informs how I approach a particular play and allows me to be as true to a playwrights intentions as possible. I also tend to get very inspired by a certain writer and want passionately to explore as much of their work as possible. I think offering more than one play by a particular playwright also allows our audiences to have a deeper and more meaningful appreciation of a given writers work.

What do you consider your greatest accomplishment thus far?

Building the White Horse Theater into what it is today: a critically acclaimed off-off Broadway theater company with a loyal group of patrons and followers which champions the work of American playwrights.

Is there a production you have not done yet that you are dying to produce?

Well, in our first five years as a company we explored the work of Sam Shepard. But, there was one play we never did produce: Curse of the Starving Class. I have always had a burning desire to stage this play despite some of its outrageous demands. One being the need for a live lamb onstage. How do you get around this one?