Held every year, American University’s The Department of Performing Arts (DPA) lets the students new to the department (both freshmen and transfer students) wet their feet with a quickly produced, hour-long performance shown about a month after the fall semester starts. More than one play, they generally turn out to be a collection of monologues that make sure to give each student a chance in the limelight. Almost Me and Outta Here was no exception – each giving a performance as “themselves” or at least as some similar freshman. Although the Greenberg Theatre had a small Friday night crowd, the performers were cheered throughout by their vocal friends and supporters. 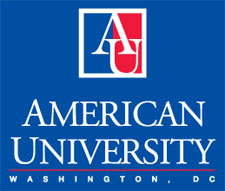 It can be a little overwhelming for the newcomers as there were plenty of nervous young actors on the stage, and although some were of the performers were overacting, or simply seeming too conscious of the audience while trying to deliver their monologues, the showcase did have its moments. Some of the performers received some well-earned laughs for their efforts.

Two actors did shine, perhaps setting the bar for the rest of the actors we will see from the DPA this coming school year. Virginia Lyon and Grant Rosen were captivating, delivering monologues that were hilarious while remaining completely on point and, perhaps most importantly, were relatable—especially to the student-heavy audience.

Though there were awkward moments, some clichéd monologues, and a fair share of awkwardness from many of the performers, the New Student Showcase: Almost Me and Outta Here is a worthwhile show. The performances of some brilliant young actors, such as Lyon and Rosen, and also some fine performances by Tony Cohn, Laura McCollough, and Carter Lowe, gave the audience a chance to see what they can expect from future plays that will be performed  by the ‘best of the best’ in the DPA.

The New Student Showcase: Almost Me and Outta Here, plays tonight September 24th at8 PM at the Harold and Sylvia Greenberg Theatre, 4200 Wisconsin Ave NW, in Washington D.C. For tickets call (202) 885-ARTS, or purchase them online, or at the box office one hour before the show.