For the past 10 years, The John F.  Kennedy Center for the Performing Arts has invited local theatre companies to present readings as part of the annual Page-to-Stage Festival. It’s always an interesting conglomeration of known and respected local theatre companies, from Theater J to Signature Theatre, to university theatre arts programs, to small, professional companies that may not always be on the local theatregoer’s radar. It’s a time and place for the DC theatre community, with all of its diversity, to showcase new works, and, in some cases, test out pieces that may be part of the upcoming season.

On Monday, September 5, 2011, we attended the final day of the Page-to-Stage Festival and chose to see a new work presented by a lesser known, small professional company in DC (Open Circle Theatre), a cabaret showcase from an established theatre (Signature Theatre), and a reading by an up-and-coming theatre company (No Rules Theatre Company). Together, the pieces demonstrated the diversity of the DC theatre scene, where one can find new adaptations of familiar stories, world premiere musicals, and contemporary plays along with classics, revivals, and the like.

First on our agenda was Sex On Wheels (written by Greg Mozgala and directed by Moritz von Stuelpnagel), co-presented by Open Circle Theatre and The Kennedy Center American College Theater Festival. Open Circle Theatre is unique because it provides a platform for professional performers with and without disabilities, and this reading was no exception. Sex on Wheels is set at a typical American high school, where teenagers are trying to make the best of their high school years, and survive the jungle, so to speak. Sarah (played by a very charming Ali Stoker) and DJ (played by the equally talented Christopher Imbrosciano) want nothing more than to be accepted by their peers and to have a strong end to their high school experience. Both use wheelchairs and struggle with their own identity and how not only their peers see them, but how they should and do see themselves. Yet, they also deal with the troubles that most every teen, disabled or not, deals with, including getting a date for prom, getting into college, and planning a post-high school life. To try to gain the acceptance of their peers and climb the ever unstable social ladder in high school, they put together a sex tape. This leads to a variety of uncomfortable situations and several learning lessons for both the teens and their peers. Overall, we think there is definitely some potential in this play, and in our current world, where television shows like Glee are hugely popular, it is likely to gain an audience among those rooting for the underdog. 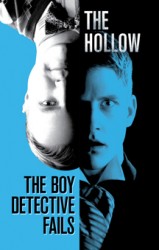 The next stop on our list was the Millennium Stage at the Kennedy Center. Here, we had the opportunity to hear songs by emerging and established American musical theatre composers, sung by some of Signature Theatre’s best voices and accompanied by Gabriel Mangiante. Signature is home to the American Musical Voices Project, which provides grants to young composers and an opportunity to showcase their work in both workshop and full production formats. Two of the composers, Matt Conner and Adam Gwon, currently have shows running at Signature in repertory (now through October 16, 2011). The Kennedy Center audience had the opportunity to hear songs from both Conner’s The Hollow and Gwon’s The Boy Detective Fails. Madeline Bottieri, Sam Ludwig, Stephen Gregory Smith, and Anika Larsen lent their talented voices to the songs. The talented duo of James Gardiner and Erin Driscoll also showcased the work of two other composers associated with the American Musical Voices Project, Chris Miller and Adam Guettel, respectively. A nice selection from Dempsey and Rowe’s upcoming musical, Brother Russia (effectively sung by Christopher Mueller) rounded out the showcase.  This show will have its world premiere at Signature in March 2012. Signature does fill the void that other theatres have abandoned by encouraging and presenting works of emerging composers in American musical theatre and we look forward to their future offerings. 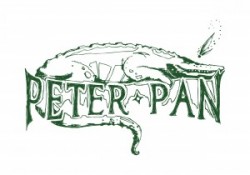 Last on the bill was a reading of No Rules Theatre Company’s Peter Pan: The Boy who Hated Mothers (written and directed by Michael Lluberes), which will be in full production in February 2012, at H Street Playhouse, and in March 2012, in Winston-Salem, NC. No Rules is billing this as a new and darker adaptation of the classic J.M. Barrie Story. The reading involved a very talented cast: Peter Pan – John Reese, Wendy Darling – Megan Graves, Mrs. Darling/Captain, Hook/Older Wendy – Lisa Hodsoll, John Darling – Jon Odom, Tootles/Smee – Adam Downs, Nibs/Bill Jukes – Maya Jackson, and Slightly/Starkey – Brynne Morrice.

They kindled our interest in seeing the work fully realized. We are curious to see how this one plays out when it hits H Street Playhouse and how the special effects described in the script are implemented. 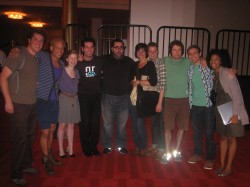 The cast of 'Peter Pan: the Boy who Hated Mothers'. Playwright and Director Michael Lluberes is in the center. Photo by Joel Markowitz.

The Page-to-Stage Festival gave us a taste of what is to come this season in DC’s exciting theatre scene, and perhaps, what may be coming in future seasons. There is a definite place for this festival as it gives the local public a chance to be exposed to theatres like Open Circle and No Rules, as well as the many others that were featured.   We left eager to see what this season of DC theatre holds for us.