Reflections on The Kennedy Center’s Page-to-Stage Festival: ‘A to Z.’ and ‘That Colorblind Kind of Love’ on Saturday, September 3, 2011

For the past 10 years, The John F.  Kennedy Center for the Performing Arts has invited local theatre companies to present readings as part of the annual Page-to-Stage Festival. It’s always an interesting conglomeration of known and respected local theatre companies, from Theater J to Signature Theatre, to university theatre arts programs, to small, professional companies that may not always be on the local theatregoer’s radar. It’s a time and place for the DC theatre community, with all of its diversity, to showcase new works, and, in some cases, test out pieces that may be part of the upcoming season.

On Saturday, September 3, 2011, I decided to do something I don’t usually do – catch two pieces presented by two theatre companies that I didn’t know much, if anything, about.  One company, The Georgetown Theatre Company (which is changing its name to Guillotine Theatre) has been in residence in DC since 1986. The other company is much newer. My Creative Spirit had its first public performance of a play at this festival. While it’s clear the companies are different from one another, each chose to present plays dealing with similar subject matter. The themes of race, social class, deviance, inequality, and friendship ground the two plays.

Georgetown Theatre Company (which is not affiliated with Georgetown University) presented A to Z. Written by Monica Raymond and directed by Emily Ann Jablonski, this play explores the emerging relationship between two young women in 1968 and follows them to present day (2008). In 1968, Annie (played by Heather Benjamin) meets Zafiya (played by the equally charismatic Anastasia Wilson) when she begins tutoring her at the juvenile delinquent center at which Zafiya, a troubled yet intelligent young woman, is a resident.  At that point, Annie is an idealist with a desire to change the world.  This trait carries through much of the play as Annie becomes an anti-establishment revolutionary, intimately (and sometimes dangerously) engaged in the politics of the day. Zafiya is dealing with her own personal issues and is more focused at an individual level. The two girls, though vastly different, form a bond with one another. That bond is tested throughout the decades that follow as their lives become further and unexpectedly intertwined with one another. Civil rights movements, political change, and other forms of social evolution shape their lives and experiences.   The concept of the play, particularly the role of “differences” in shaping relations, is an important one to explore. I look forward to seeing the play further refined, developed, and focused in the future. There is a strong foundation, particularly in Act 1 , from which to build. The relationship between Annie and Zafiya is worth exploring. 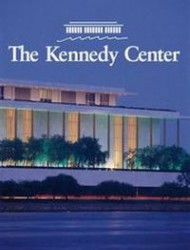 My Creative Spirit’s play, That Colorblind Kind of Love, written by English teacher Rebekah Peirce and directed by Shanea N. Taylor, also transcends both time in space as it explores the romantic relationship between two kindred spirits – a white man, Sampson (played by Wyatt Gunter), and a young black female, Twyla (played by the engaging Shanna Battle) in the mid-1800s, the mid-1900s, and present day. The central question of the play is a basic, yet complex one, “Is love truly colorblind in our present (so-called) post-race era?”

Using the device of having the characters “know” each other at different points in American history, the playwright is able to explore whether racial tensions have evolved, dissolved, or simply manifest themselves in different ways as time passes and society changes. In the 1800s, Sampson (the master at a plantation) and Twlya (the slave) are forbidden to marry. In the mid-20th Century, the legalities of their relationship and the associated social mores are also caused into question. In present day, their two families (both upper class) question the acceptability of their interracial relationship.

Like A to Z, I look forward to seeing this play further focused, refined, and developed to intimately explore the central relationship between Twyla and Sampson- two “not so typical” characters of each era. The characters of Mary (Valerie Davis), Sheba (Sequoia Ross), Nell/Sara Bennett (Cynde Liffick) and the Judge/Auctioneer (Andrew Hamm, who also plays an African drum) also nicely round out the piece.

Overall, my day at Page-to-Stage was an interesting one. I was able to get a glimpse into two companies that are presenting challenging work. My Creative Spirit is looking to mount a full production of That Colorblind Kind of Love in the DC area this fall (possibly November). It will be interesting to see how the show evolves between the reading and the potential full production. It will also be interesting to see the future life of A to Z as that play, too, has some potential.

I suggest everyone take in some readings at Page-to-Stage, which runs through Labor Day (September 5, 2011).  A listing of all of the readings can be found here on Maryland Theatre Guide or at The Kennedy Center website.