‘A Quick 5’ With Carolyn Griffin

Carolyn Griffin is the Producing Artistic Director of Metrostage, a post she has held since the company started 26 years ago. Over the years, she has produced a wide range of shows – everything from Heroes, The Last Five Years to Rooms, a Rock Romance, Pearl Bailey, By Request and recently Savage in Limbo. There is always something for everyone playing at MetroStage. 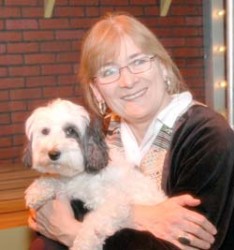 How many years has MetroStage been in existence?

MetroStage was founded in 1984 and I became involved about 5 minutes later. With two graduate degrees (MA in Psychology and an MBA), three children (another was practically born in the lobby 5 years later), and a deep abiding love for theatre, I thought, “Why not try to run a theatre that will never have the resources and staff it needs – but will always strive to produce exquisite, memorable plays and musicals that we call “little gems” with great actors and great music?” Twenty-six years later I am still saying, “Why not?”

How do you choose your season?

Being committed to an eclectic season and having limited dressing room space means that I am always on the lookout for the (small) unknown play or musical (or one in development). I have actors, producers, playwrights, composers who are sending me suggestions and material year round. I have established great relationships with many artists out in the field who understand my aesthetic and my vision for MetroStage and send me plays and ideas. Michael Tolaydo has found two amazing plays for us to produce—SeaMarks years ago and, more recently, Heroes (which received the Helen Hayes Award for Outstanding Ensemble.) Tom Jones from Atlanta has written a number of musicals that we have produced over the years. And sometimes I just stumble over something fascinating on BroadwayWorld.com (Be Careful! The Sharks Will Eat You, a riveting one man show—“Best of Fringe” at the Hollywood Fringe Festival, “Top Solo Performance” FringeNYC – which we are presenting this April.) It is actually a very exciting process—finding material that will work well in our small space, will both entertain and touch the audience, and that offers great roles for actors.

The musical Rooms, a Rock Romance premiered at MetroStage a few years back. It then transferred to Off Broadway. Did you know at the time you were producing it that it would have a life after? 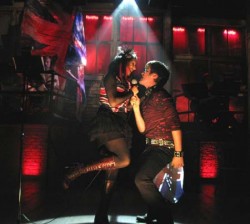 Absolutely. We were working with some NY producers at the time. It was a co-production with GEVA Theatre in Rochester and has since been produced in many theatres up and down the East Coast. We premiered Pearl Bailey, By Request that then played in Milwaukee for two months and has been performed in NY, and our Cool Papa’s Party is continuing to be developed in anticipation of a NY run. Glimpses of the Moon, which we premiered last season, has another production scheduled and in the published version by Samuel French our cast is listed along with our set design etc. This January we will be premiering a new musical about Josephine Baker, directed and choreographed by Maurice Hines, which has great potential.

Are there any productions you produced at MetroStage that did better than you ever thought they would have?

I always believe in the show and the quality of the production on our stage. So I am always pleased when it takes off – critics embrace it, audiences love it and we have full houses. The better question is how disappointing is it when something you believe in, that actors and a director have put their hearts and souls into, and the critics don’t get it and it doesn’t catch on with the public. That is heart-breaking!

What is your greatest accomplishment thus far?

Keeping a theatre alive and thriving for 26 years without a real staff and no deep pockets is not only an accomplishment, it’s a miracle! I believe in the work we do—the unknown, undiscovered plays (like Girl in the Goldfish Bowl), the small musicals in need of an opportunity to further develop on a stage like Rooms, a Rock Romance, Glimpses of the Moon, Josephine Tonight, even the Broadway parodies (The Musical of Musicals (The Musical!), and A Broadway Christmas Carol. It is very gratifying talking to audience members at the box office when they tell you how much they loved a show they had seen at MetroStage, sometimes last year, sometimes many years ago. Theatre can leave a lasting impression. That’s what we strive to do every day of our lives.

Watch a preview video of Glimpses of the Moon.