‘A Quick 5’ With Craig Wallace

Craig Wallace was recently seen in Cyrano at Folger Theatre and the concert of Jason Robert Brown’s The Trumpet of the Swan at Kennedy Center. He made his directorial debut at The Capital Fringe Festival with one-woman piece called Children of Medea featuring Sue Jin Song in 2009. He has just returned from performing in Gem of The Ocean at Hangar Theatre in Ithaca NY. He is currently teaching at George Mason University. 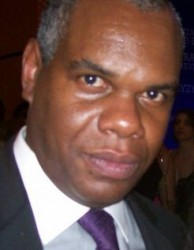 What are your favorite kinds of roles?

I love the classics. Although Jennifer Nelson has been casting me in a lot of August Wilson plays – so that’s cool……

After directing Boston Marriage this past summer at Capital Fringe, what is the next play you would like to direct?

Well, I just directed TopDog/UnderDog in Blacksburg, VA this summer which was fun…I guess I’m ready to take on a play that has more than 4 actors…lol! 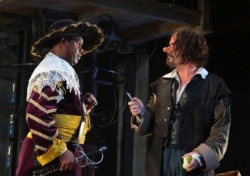 Do you prefer performing the classics over contemporary theatre or do you get pleasure out of both?

I love to act..I’ve done all kinds of genres over the years, and I find all of them challenging and fun. For me, these days, it’s less about the play and more about who you are doing the play with.

Since there is a lot of non-traditional casting these days in theatre, what is the one role you would most like to play?