‘A Quick 5’ with Donna Migliaccio

Donna Migliaccio’s work has been seen at Signature Theatre in their two productions of Sweeney Todd, Urinetown, Gypsy, and in Assassins – twice, and so many others. She also appeared in Ford’s Theatre’s Liberty Smith, MetroStage’s A Broadway Christmas Carol, and The Musical of Musicals – The Musical – twice. She will soon be appearing in Olney Theatre Center’s The Sound of Music. Donna also performed in the Kennedy Center production of Ragtime, where she played Emma Goldman, which moved to Broadway in 2009. Donna has been the recipient of The Helen Hayes Award twice. When not performing – Donna is on the staff of The Theatre Lab School of Dramatic Arts. 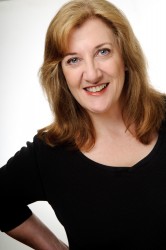 What was your first production in the DC area?

I played Betty Rizzo in the Fairlington Players’ 1983 production of Grease. The funny thing was that Amy McWilliams (then Amy Bruch) was Sandy, and Steve McWilliams was Danny. Who knew?

I know you were a founding member of Signature Theatre. What do you remember most about its early days?

I remember best how, after an unremarkable first season in which we did the kinds of shows everyone advised us to do, we followed our hearts for the second season and opened with Sweeney Todd. Clearly, it was the right direction to take.

What do you find most rewarding about teaching at The Theatre Lab School of the Dramatic Arts?

The classes are small enough that I get to spend real one-on-one time with my students, and I always learn something new from them in return. It’s a two-way street.

If you were to cast yourself in a role that no one else would, what would that role be?

Good question, and my answer is waaaay out there. I would love to play Cyrano de Bergerac. The language of the play is so beautiful, and Cyrano is a wonderful character – intelligent, witty, courageous and yet heartbreakingly lonely. Plus you get to sword fight! 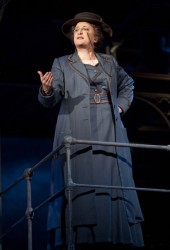 What are some of your favorite productions that you have performed in?

The first Sweeney Todd at Signature was just a glorious experience, from start to finish.  I loved doing Urinetown – Joe Calarco is one of my favorite directors. Most recently, performing in Ragtime, both at the Kennedy Center and on Broadway, was extraordinarily rewarding.