‘A Quick 5’ With Harry Winter

Harry Winter is one of the area’s busiest character actors. He is currently performing in both The Hollow and The Boy Detective Fails at Signature Theatre, and will be starting rehearsals there soon for Hairspray. He has been seen recently in Bus Stop at Olney, Who’s Your Baghdaddy at this year’s Capital Fringe Festival, and Liberty Smithat Ford’s Theatre. Harry is one of those versatile character types that you don’t see a lot of anymore. Thankfully, the DC area has the pleasure of his talents.

How many years have you been acting professionally?

I first got paid for doing shows 39 years ago, and picked up my Equity card in 1978.

What was your first show in the DC area?

The first show around here would have been Man of La Mancha at the Harlequin Dinner Theatre. A wonderful production with Jack Kyrielieson, Barbara Walsh, Tricia Gentry, Buddy Piccolino, Brad Watkins, and a host of other terrific performers.

Is there a difference in the way you prepare for a musical over a play?

You’re supposed to learn music in a musical, but if you’re preparation is much different than that, you’re not doing it right.

Of all the shows you have been associated with which ones have been the most rewarding? 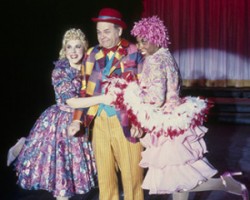 That, of course, depends on your definition of rewarding. My definition is pretty broad. I’ve been fortunate to have toured nationally in two shows Gigi (for only a couple months) and Jolson: the Musical. During Jolson I was able to perform for a full year on some of the great historical American stages. That was a thrill. And anytime you get to work at the Kennedy Center is an automatic highlight. Sunday in the Park, Cat on a Hot Tin Roof,  Mame, etc.. How could they not be considered outstanding?Then there’s Signature – ten years of nothing but rewarding. I think I learned why I do this stuff for a living at Olney, in Racing Demon. Then there was, Pins and Needles with the Washington Jewish Theatre. Some shows are indescribable. That was one. Sorry for rambling, but, as I said, my definition is pretty broad. 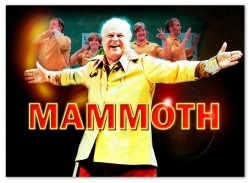 If you were casting yourself in a role that no one else would think of you for, what would it be?

I wouldn’t! Thank goodness other folks make that choice for me. Oh, and then there’s the World War II show I’m writing (I’m about a half mil short of production), I’m sure that will be rewarding too.