‘A Quick 5’ With Joseph Saulter

Joseph Saulter was a drummer on Broadway for many years. His work was heard in Jesus Christ Superstar, Hair, The Magic Show, and I Love My Wife. I Love My Wife won him a Drama Desk Award along with the rest of the band for that show. Then an unfortunate incident caused Joseph to make a career change. Joseph now lives in Atlanta and runs a Game Development company. 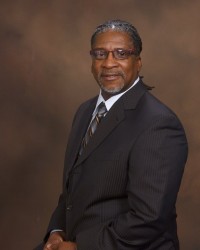 Were you interested in music when you were a kid?

My mother was a violin player. My dad was a trumpet player. My sister was a piano player and my brother was a violin player and a drummer. I can remember when my brother had a drum set in our bedroom. He told me not to touch it. As soon as he walked out the door, I tried to sit on the seat, but at 6 years-old I could not reach the bass drum pedal, so I got two phone books and strapped them together on the bass drum pedal. I sat on that drum set and played for hours. My brother beat me for messing with that drum set. I have been playing ever since. I still play for hours each day almost 60 years later. You are a perpetual learner when you are a musician. My life is a reflection of improvisational jazz.

What were your first Broadway shows?

My first show was Jesus Christ Superstar. I then went onto Hair and The Magic Show where I wrote the drum book for the show under the tutelage of the great composer Stephan Schwartz. I was also the associate conductor for the Award winning Broadway show I Love My Wife where we won the Drama Desk Award for best featured band on Broadway.

Since people usually ignore the band in a Broadway show – what was it like when the whole band for I Love My Wife was nominated and then won a Drama Desk Award? 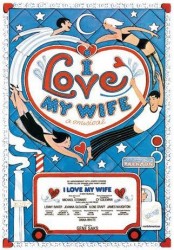 It was a real honor for most of the musicians. It was our first acting award and we were actually characters in the show. I created the  character of Quinton. We all had a ball. Gene Saks wove the band into the fabric of the play. There were many great moments on that stage, what a great experience.

After playing on a number of hit shows what made you change careers?

I have always been an educator teaching from elementary school to the University, and a freak accident made me a teacher a lot sooner that I wanted to. I went through a sliding glass door and severed ¾ of my hand just below the wrist. The accident changed my career path. The rehabilitation lasted well over 2 years and I still only have 2/3 mobility of my hand with major nerve damage. However, I play the drums and piano better now than I ever did. God is Good…

What are some of the projects that your company has in development?

I am currently under non-disclosure for the projects that we are working on. I can tell you this, I am very excited about the new direction our company is taking, and I know we have something amazing for all involved. It’s a new day at Entertainment Arts Research Inc.
__
Watch John Miller, Michael Mark, Joseph Saulter (on the drums), and Ken Bichel perform “Hey There, Good Times” from I Love My Wife on the 1977 Tony Awards.