‘A Quick 5’ With Peter Marks

Peter Marks is the Chief Theatre Critic for the Washington Post before coming to DC in 2002 from The NY Times. I remember when The Fantasticks closed off Broadway after a 42-year run and Peter did a lovely feature on Jones and Schmidt who wrote the show – called “For Little Musical That Could, a 42-Year Run.” You can see Peter him talk about it in the documentary Try to Remember-The Fantasticks. Being a theater critic is not an easy job especially when you are Peter Marks and you are read by so many people. You may not always agree with him, I know  a lot of theatres that love him when he gives them a great review! 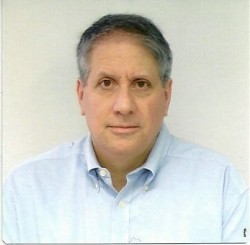 What was your first professional job as a writer?

I was a beat reporter, covering municipal night meetings for The New Brunswick Home News.

Do you find reviewing theatre in DC different than in NYC?

Only insofar as there are fewer critics here. In New York, it’s more of a collective blood sport.

When you review do you do any research prior to seeing the production?

It depends. If it’s a classic that I haven’t seen in a while or never seen, I will read it, to familiarize myself with the original and try to understand what it being done to it this time. A new play I try to come to completely fresh, the way any audience member would.

Are there any reviews of yours in print that you look at and say “HMM if only I could go back and change something”?

My review of Signature Theatre’s Glory Days. I wrote a very encouraging review for some promising songwriters. I had no idea that it would be taken as a “ship-it-to-Broadway” sort of notice. It got dismissed there and the young creators were raked over the coals. (I was, too.) If I got a do-over, I would add more caveats.

What looks exciting to you for the current seasons in DC and NYC?

Krapp’s Last Tape with John Hurt at Shakespeare Theatre Company; Amy Freed’s You, Nero at Arena Stage; Anne Washburn’s Mr. Burns at Woolly Mammoth; Shakespeare Theatre’s concert version of The Boys From Syracuse; Next Fall at Round House; The Language Archive” at Forum; Synetic’s Taming of the Shrew. In New York: Jon Robin Baitz’s Other Desert Cities and the revivals of On a Clear Day You Can See Forever and Funny Girl.