I am thrilled that Stephen Sondheim’s Saturday Night is coming to Signature Theatre. I know some of you are saying, “I never heard of it!” Director Matthew Gardiner will fill you in! 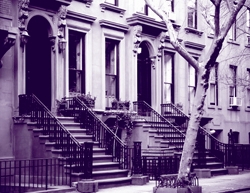 Joel: A lot of Sondheim fans have not heard of Saturday Night. Tell us about its history and what it’s about. And why do you think it took 45 years to produce it in NYC?

Matthew: Saturday Night is set in Brooklyn in 1929. It’s the story of Gene Gorman, a young man who is determined to become a part of high society, and his group of friends who tag along for the ride. It was meant to be Stephen Sondheim’s Broadway debut back in 1955. Julius Epstein and his twin brother Philip Epstein wrote a play called Front Porch in Flatbush. Lemuel Ayers, a producer and famous set designer, wanted to turn it into a musical. Stephen Sondheim was approached to write the music after several others had turned it down. But before the piece could see it’s Broadway debut – Lemuel Ayers passed away and the planned production was put to bed.

At one point Bob Fosse tried to resurrect it but Sondheim at that time didn’t want it to be done. Stephen Sondheim was embarrassed by the musical and I think to this day still is. (But then again this is the man who can’t bare to watch most of West Side Story, a musical for which he wrote the lyrics, because he is embarrassed by so many of them.) That’s why a full production took so long to be produced. It wasn’t until the 90s with a production in London and then NY that Saturday Night was fully produced. And thank God!

Why did you want to direct a concert version of it?

Signature has done every Sondheim musical either in full production or concert, with the exception of Saturday Night and The Frogs. After doing last year’s production of Side By Side By Sondheim, I became very fixated in researching Sondheim’s earlier works, many of which I know intimately, but not Saturday Night. I have always loved several of the songs (“So Many People” is one of my all time favorite Sondheim songs.) I decided to listen to the cast recording and became enamored by so much of the music. It’s a charming and heartfelt score. Eric has been bouncing around the idea of doing it for some time now, and a concert of it seemed like the right fit for this season.

Introduce us to your cast and the characters they play. 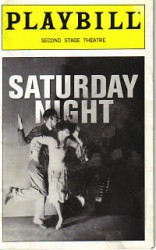 I am so excited to be working with this company. The cast is led by Geoff Packard as Gene Gorman. Anyone who saw him as Candide or even Liberty Smith at Ford’s knows what a remarkable talent he is. The luminous Susan Derry, from Signature’s Sunset Boulevard, will be his love interest, Helen Fogel. And then there’s a barrage of DC talent in the cast: Evan Casey and Tracy Lynn Olivera, husband and wife in real life, are playing a married couple on stage together for the first time. We have a wonderful group of young men playing the Flatbush gang including Michael Barry, Sam Ludwig, Alan Demont Wiggins, Danny Yoerges and the very talented high school senior William Beech in the role of Bobby, the 16 year old who manages to know more about life and women than any of them (or so he claims). Signature favorites William Diggle, Eleasha Gamble, Buzz Mauro, and Bayla Whitten round out the company.  Washington DC is so blessed when it comes to musical theatre talent. I don’t think there is a city, other than NY, that can boast this kind of talent for musical theatre.

Is there a character in the show that is Matt Gardiner-like?

Hmm.. I would say I’m driven like Gene. I wouldn’t say I base my life around striving for the kind of material things he does, but I go after what I want – and find it hard to be at peace with what I have – and enjoy the moment. In that way I think there are elements of Gene in me and I think many of us.

What have been some of the challenges you have faced in directing, rehearsing, and staging this concert version, and what has been the most fun? 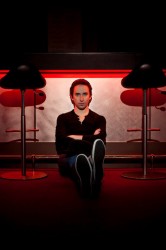 Rehearsals don’t begin until next Wednesday. I can tell you now the challenge will be the abbreviated rehearsal time, but I am working on this with a group of close friends and frequent collaborators. And it’s a musical by Stephen Sondheim! What’s challenging? Maybe a few notes, but he gives you everything in his music. I find I am always happiest when I am working on a show that he has written. His level of artistry is so high, it makes you strive to live up to what he has written. I can’t imagine that the company, Jon Kalbfleisch (the music director) and I won’t revel in exploring a Stephen Sondheim musical.

Now that you have had your hands on it, what do you like about the show and what has surprised you about its book?

Well I love the score, obviously, but I also love the message at the center of the musical. It’s about slowing down, taking it all in, savoring the moment, and of course that money doesn’t equal happiness. As a matter of fact – it reminds me a lot of George S Kaufmann and Moss Hart’s You Can’t Take It With You. The book is very charming and quite clever. It’s a plot driven show and it keeps you on the edge of your seat.

What have you learned about the young Sondheim who wrote Saturday Night that you didn’t know before you worked on this project?

Well I spent a lot of time devouring as much information as I could about young Sondheim when adapting the script for Side By Side By Sondheim. So I wouldn’t say I’ve learned much that I didn’t already know about him. But I’ve certainly become more intimate with Saturday Night.

Are there any songs in Saturday Night that remind you of other songs and/or scores that Sondheim has written?

It has some of the buoyancy and lighthearted qualities from Merrily We Roll Along. His lyrics are reminiscent of the lyrics for young characters you’ll find in West Side Story. Musically it reminds me of some of the more pastiche elements you’ll find in Anyone Can Whistle, Follies and Road Show. You can definitely hear the influence of Richard Rodgers and Oscar Hammerstein II (his mentor) in the score.

Who will musical direct and how many musicians will there be?

Jon Kalbfleisch, of course. He’s music directed almost every Sondheim musical here at Signature – so it only makes sense it would be him. The band is small, but seems fitting for the intimate nature of the piece.

Saturday Night has been called ‘a hidden gem.’ Why should audiences come and see this ‘hidden gem’ at Signature Theatre?

It’s a musical by Stephen Sondheim that’s rarely seen. Why wouldn’t you come see it?!?