Steve Wilson: Bird With Strings at The Kennedy Center

The Kennedy Center’s 2011/2012 jazz season opened with a big splash as saxophonist Steve Wilson presented his authentic recreation of the 1950 jazz classic album Charlie Parker With Strings. Some people say Parker sold out when he made this album. I think he was just trying to push the envelope with a richer sound for a jazz recording. The original Joe Lipman and Jimmy Carroll arrangements are reconstructed to a ‘T’ by David O’Rourke. 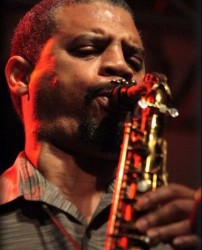 Starting off with “East of The Sun” which featured an improv violin solo by Diane Monroe – the evening just got better and better with every song. “What is This Thing Called Love” featured another great violinist, Matvei Sigalov, as well as bassist Michael Bowie,  pianist Bruce Barth, and drummer Lewis Nash.

There are also some pieces that Parker was in the midst of recording when he passed away. One of them is a wonderful Mercer Ellington tune called “Moon Mist” and Neal Hefti’s “Repetition” gave everyone in the band a nice feature solo. Steve Wilson referred to the string section as Jewels and indeed they are.

Steve Wilson does not profess to be Charlie Parker – but his playing and musicianship are up there with some of the greats. If you can find the original recording of this album I urge you to give it a listen. If you get to see this concert somewhere I urge you to go.

Steve Wilson and company did a Yeoman’s job of paying tribute to a jazz great. The place was jumpin’!

Running time: 80 minutes with no intermission. 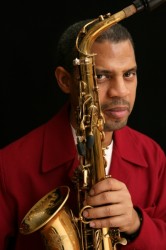 Steve Wilson: Bird With Strings played at The Kennedy Center for 2 nights on October 7 and 8, 2011.

Listen to Steve Wilson on saxophone with Peter Schimke on Piano, Billy Peterson on Bass, and Kenny Horst on drums. Live at The Artists’ Quarter in 2004.