‘A Quick 5’ With Ann Hampton Callaway

Ann Hampton Callaway is a singer/songwriter whose songs have been performed by Barbara Streisand and many other artists. She is the composer of the theme song for the TV show The Nanny and she sings it with her sister Liz Callaway. She was seen on Broadway in the musical Swing! and can be heard on the cast recording. This Sunday, she will be performing Boom! and Broadway with Liz at Strathmore. Ann has recorded many wonderful CDs and I suggest you add them to your music collection. 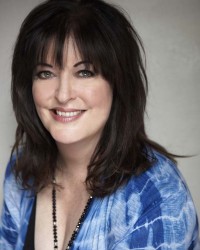 You were on Broadway in the musical Swing. Did you enjoy that experience?

It was thrilling hard work with so many rewards artistically and emotionally. The imagination and discipline it took to create the show, and then to make it new each night with a family of brilliant talents – was one of the great growth experiences of my career so far. Hope to do more Broadway when the right show comes along.

How did you get the job of writing the theme song for The Nanny?

My sister’s co-star from the show Baby, Todd Graff brought Fran Drescher to see a show of my original songs at Don’t Tell Mama. She really liked my writing and asked me to write pilot themes for her. When she was needing a song for The Nanny I was competing with many top Hollywood writers – so I wrote two theme songs and was so happy she chose one of mine. Originally I had suggested the Manhattan Transfer to sing it but then Fran decided she wanted me to do it.  How lucky can you get?

You have written songs that have been recorded by Barbara Streisand and other artists. What is your favorite version of one of your songs?

Streisand’s recording of “I’ve Dreamed of You” is probably my favorite. You can tell how much she means every word I wrote for her wedding. She found the love of her life and needed to express the joy and profound beauty of such an occasion… so she sounds a little “verklempt.”

What kinds of songs do you like to perform the most?

I love the great ballads. The ones that make dignified people weep because they are so true and from the heart. It’s always eleven o’clock somewhere! 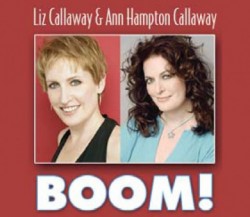 You will be at Strathmore with your sister this weekend with a new show called Boom! and Broadway. Will this be your first time performing at Strathmore?

Yes! We are so excited to be bringing a show we created special for Strathmore combining the best of all our acts. We have many friends and family in DC, so we look forward to a groovy love fest!
__
Watch Ann Hampton Calloway and the cast of Swing on CNN Showbiz This Weekend on 8/19/00. It’s a little bumpy in the beginning but it has some great footage of Ann in the show.