‘A Quick 5′ with Crystal Dickinson, Brandon Dirden, and Jason Dirden

Today’s column is about two brothers and the women who married one of them. Brandon and Jason Dirden have both performed at Arena Stage. Brandon has just completed Trouble In Mind and Jason was seen in Stick Fly and Every Tongue Confess. Crystal Dickinson – who is married to Brandon – recently completed Clybourne Park at Playwrights Horizons and will be going to LA to reprise her role in the Broadway- bound production. Miss Dickinson’s work has also been seen at Negro Ensemble Company and Atlantic Theatre Company. 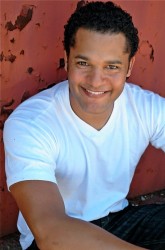 I have had the good fortune to work with all three of these talented performers. I worked on Ceremonies in Dark Old Men with Brandon and Jason, and Sundown Names and Night Gone Things with Crystal. This is one talented family!

How did the three of you get interested in performing?

Crystal: I think performing is something that found me. I always loved theater but I studied to be an elementary school teacher in undergrad. While I was in school –  I met a wonderful professor named Dierdre Yates, who inspired me to get my MFA.  The rest is history! 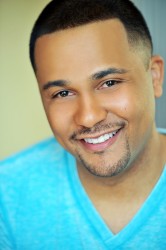 Brandon: I am a classic middle child, so I always fought for the attention. My parents didn’t tolerate tantrums, so I had to think of more creative ways to steal focus. Once I discovered the stage, I realized that people would give you their undivided attention and actually pay you to do so.

Jason: This might sound crazy, but it’s because I hated football practice. Seriously, I was a great ball player, but I hated to practice, so I quit. My parents said I needed to have an extra-curricular activity, and being the youngest sibling, I said “I’ll just do what my brother is doing,” and got hooked. 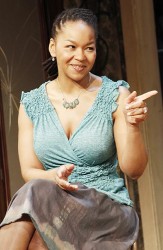 Brandon: Tough question! I think whatever August Wilson play I’m working on at the time becomes my favorite. Right now I am preparing to do Youngblood inJitney, and I am really enjoying getting to know this character. He has a great heart.

Jason: Jitney is a great play, and I still don’t know why it hasn’t been on Broadway yet. Hopefully it will happen soon. I think my favorite Wilson play is…aahh, I can’t pick one. They all have so many great elements, I have an argument for each one! I think my favorite character is Sterling in Two Trains Running. He’s straight forward, he’s confident, he’s insecure, he’s funny, he’s charming, he’s corny. At times, he can have the wisdom of a 60 year-old, but the logic of a 6 year-old. Just really an interesting and complex character to play, because he’s so human.

Crystal – What role would you most like to play opposite Brandon and Jason? 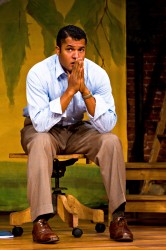 Brandon J. Dirden as John Nevins in the Arena Stage at the Mead Center for American Theater production of 'Trouble in Mind.' Photo by Richard Anderson.

Crystal:  Anytime the three of us are together we have so much fun and we work together so well. I would definitely like to play Adele in Ceremonies in Dark Old Men, with Brandon and Jason playing the brothers Theo and Bobby.

Are there any other performers in either of your families?

Brandon: Yes, our dad, Willie Dirden, did a lot of acting in our hometown of Houston, TX. And our sister, Maria, is a dancer and now teaches dance at a school in Texas. Crystal also has an older sister, Nona, who studied dance as well. But our older brother, James, is the one who probably should have gone into show business.  He’s definitely the most entertaining.

Jason: James should have definitely gone into show business – he’d be a star by now! We have a few nieces and nephews that might catch the bug, they have huge personalities. 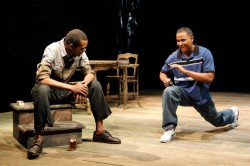 Jonathan Peck and Jason Dirden in 'Every Tongue Confess' at Arena Stage. Photo by Joan Marcus.

What is the one role you have not played yet that you are just dying to get your hands on?

Crystal: I would just like a chance to work on something great with Jason and Brandon again and again! They are the best scene partners ever!

Brandon:  I would love to do the Redd Foxx story. The man was a genius! 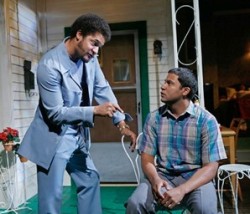 Brandon and Jason Dirden in 'The First Breeze of Summer.' Photo by Richard Termine.

Jason: I’m with Crystal, I’d love to be in something with these two.  But, I want it to be something we create. It would be so much fun…and brilliant! Okay, maybe not brilliant, but it would be fun!

Watch A sneak preview of Signature Theatre Company‘s production of The First Breeze of Summer, with Brandon, Crystal and Jason – celebrating the historic Negro Ensemble Company.