‘A Quick 5’ With Kurt Deutsch

Kurt Deutsch is the co-founder of Sh-K-Boom/Ghostlight Records, a job he shares with his wife actress Sherie Rene Scott. His label is responsible for the cast recordings of The Last 5 Years, Everyday Rapture, Catch Me if You Can and Glory Days to name a few. He also releases solo albums. His artists include Alice Ripley, Kelli O’Hara, Sutton Foster and Adam Pascal. At a time when most recording companies are not recording this kind of music anymore, Kurt’s label is doing musical theatre lovers a great service. 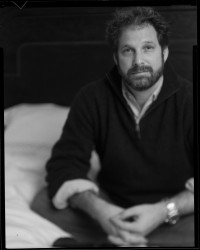 Before I ran Sh-K-Boom/Ghostlight Records I was an actor. I dropped out of Syracuse University in the middle of my senior year to do Neil Simon’s Broadway Bound at the Broadhurst Theatre on Broadway. My first professional jobs were summer stock during my college summers in Ohio, New Hampshire, and Maine.

What were your reasons for starting Sh-K-Boom/Ghostlight Records?

My wife Sherie and I wanted to start a recording and musical production company that was a United Artists for Broadway performers and musical theatre cast albums. The music industry and the theatrical landscape has changed so much in the digital age, and we felt that by creating an independent company we could control our own destinies.

Do you decide on your projects or do people come to you?

Ultimately, I decide what projects I want to do. However, people come to us all the time for projects. It is the lucky thing about being in the position we are in because we can help facilitate their recordings and projects, and help preserve little pieces of musical theatre history.

Is there a project that you passed on that in hindsight you should have done? 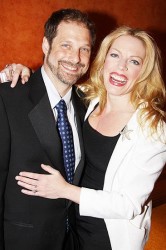 In 1995, I had just finished playing the title role in Randy Newman’s Faust directed by Michael Grief at the La Jolla Playhouse. It was where I met my wife Sherie. I was living in LA acting in lots of bad TV and had torn a muscle in my neck feeling pretty burned out – and Michael Grief sent me a cassette tape of Jonathan Larsen playing his casio electronic piano and singing songs from this show called Rent. He said he was getting ready to direct this show and would I be interested in the role of Roger? The thought of moving to NYC and working Off-Broadway was not very appealing at the time. I had a pretty good lifestyle in LA at the time. I said no. thank you. That was, in hindsight, my biggest wrong turn of my acting life. However,  I never could have sung the role the way Adam sang it, and the original cast of Rent was perfect. But that didn’t stop me from going to a very early preview, and I cried the entire time. I wasn’t sure if I was crying because the show moved me to the core – or because the role was so good and I couldn’t believe I passed up the opportunity.

As far as albums go, I was asked to produce Jersey Boys by the Dodgers, but at the time I couldn’t do it because of contractual obligations with my distribution company. That record would have been nice. It has sold over 1 million copies. I didn’t pass persay –  but it wasn’t in the cards. I wish I would have done it.

What are your next few releases?

We just released a beautiful solo Album of Michel Legrand songs by Melissa Errico called Legrand Affair she is backed up by 100-piece orchestra and the album was produced by the legendary Phil Ramone. For the holidays, we are releasing the Original Broadway Cast Recording ELF the Musical. It is a great record and a terrific score.
__
Check out Sh-K-Boom/Ghostlight Records’ website.