‘A Quick 5’ With Liz Callaway

Liz Callaway’s Broadway credits include Merrily We Roll Along, Baby, The Three Musketeers and The Look of Love. You have heard her voice in the films Anastasia and The Swan Princess plus the theme song from the TV show The Nanny, which she sings with her sister Ann Hampton Callaway who composed the song. Liz is also a wonderful solo performer. Her latest solo CD Passage of Time is available on PS Classics. I saw Liz in Baby – and almost 30 years later – I am thrilled to be able to do this column with her.

Liz Callaway and Ann Hampton Callaway will be performing Boom! and Broadway together this Sunday, November 13, 2011 at 7 PM at The Music Center at Strathmore. 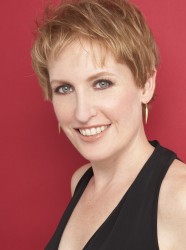 I did a theme park revue called Holiday at Marriott’s Great America in Gurnee, Ilinois. I was 15 years old. We did 5 shows a day all summer long-it was great training.

What do you remember most about your first Broadway opening night?

I remember sitting with my family at Gallagher’s Steak House next to the Alvin Theatre (where Merrily was playing) waiting for the NY Times to come out. Back then you could get the next day’s Times at the newsstand around 10:00 PM. Needless to say, we were all depressed after reading Frank Rich’s review. Still, it was a very exciting night.

You were in a short lived musical called The Three Musketeers which I personally enjoyed, Do you feel that show was mistreated?

Not really – it was entertaining for some, but I didn’t think it was a great show. No offense.

Stephen Schwartz – “Meadowlark.” – great story song. I think singing is storytelling, so this one is a particular pleasure to sing. Stephen Sondheim – anything he’s written. When I sing his songs I get to be smarter than I am. David Shire/Richard Maltby- “Story Goes On” or “Stop,Time.” They are just great songs. Jimmy Webb –“Didn’t We/MacArthur Park”- love his writing and love him too.

When you perform with your sister Ann Hampton Callaway in concert, who picks the material and how do you decide who sings what?

We fight and hit each other, and whoever is left standing gets her way. 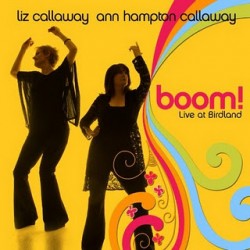 Liz Callaway sings one of her favorite songs to sing in concert – “Meadowlark.”

Liz Callaway and Lea Salonga sing “I Still Believe” from Miss Saigon. They played Ellen and Kim in the original Broadway production.