‘A Quick 5’ With Mitchell Hébert

Mitchell Hébert is currently giving a tour de force performance as Quentin in After The Fall at Theater J. You only have until Sunday to catch his amazing performance. Mitchell has performed in productions at Woolly Mammoth Theatre Company, where he is a company member. Mitchell has also appeared in productions at The Studio Theatre, Shakespeare Theatre Company, and Signature Theatre. He directed the critically acclaimed production of Rabbit Hole at Olney Theatre Center where he also played Captain Hook/Mr. Darling in Peter Pan. He is a two-time Helen Hayes Award nominee. Mr. Hébert currently is on the faculty of University of Maryland’s School of Theatre, Dance, and Performance Studies. 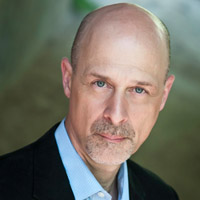 You are a professor at University of Maryland. What are some of the challenges that actors just starting out will face?

Aside from the obvious financial challenges, I think one of the biggest obstacles that a young actor will face is the collision of their own idealism vs. the hard realities of professional theatre. Keeping the fire alive in a career that is sometimes like a marathon race is a huge challenge.

You are currently performing in After The Fall at Theater J. With a role like Quentin who never leaves the stage and has a whoooooooole lot of lines do – you have any tricks for memorization? 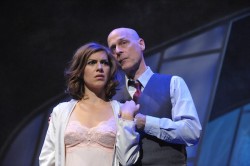 Gabriela Fernández-Coffey and Mitchell Hébert in Theater J's 'After the Fall.' Phot by Stan Barouh.

Having just performed in the reading of The Normal Heart at Forum Theatre do you feel the play is still as relevant today as when Larry Kramer originally wrote it?

In many ways, yes, I do. It brought home to me that the question of accessible, affordable health care is obviously still on the table isn’t it. 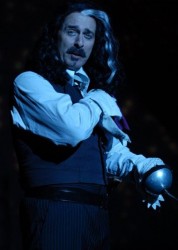 Aside from Peter Pan at Olney Theatre Center – have you performed in any other musicals?

Yes, but not around here, and not for a long time. Though I would still like to do more…

What is the most satisfying thing about being able to teach young people the craft that you love?

There are many, many things about teaching that I find satisfying. It’s hard to single out one thing. That said, I do stress the importance of the actor understanding that they are a full collaborator in the process. Too often, from an early age, actors are treated as “lesser than” in the creative process. I also encourage them to question, to be restless, to strive past the point where they feel comfortable.
__