Theatre Kibbitz: An Interview With Ted Shen On His New Musical ‘A Second Chance’ at Signature Theatre

Joel: You were a business executive for many years, so what was it that finally convinced you to try your hand at writing the book, music and lyrics of a musical?

Ted: When I retired from my business career, I took up songwriting, but had no intention of ever writing a book musical. After several years of writing individual songs, though, I felt I had run out of topics. To help me circumvent that problem, Stephen Sondheim suggested that if I wrote a musical or at least a song cycle based on the initial experiences that my wife, Mary Jo, and I had shared after meeting in mid-life, “there would certainly be no shortage of topics!” 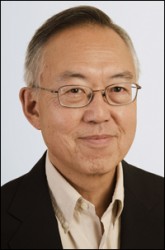 Did you ever consider hiring someone else to write the book?

Yes, given that I was a composer with no bookwriting and only limited lyric-writing experience, I considered finding a writer/lyricist with whom to collaborate.  My ideas for the story, while not autobiographical, were so specifically personal, though, that I decided to take the first stab myself, and before I knew it – or came to know better – I had finished a first draft on my own.  Right from the start, however, I was enormously blessed to have received invaluable and ongoing guidance in developing the narrative from Oskar Eustis, acting as dramaturg, and Jonathan Butterell, my director.

Why did you name your musical A Second Chance, and what events in your life influenced you in choosing that name for your musical?

My first wife of 35 years passed away in 2003. Shortly thereafter, Mary Jo, now my wife of five years, entered my life and gave me the incredible and totally unexpected gift of a second chance at love and happiness. The show’s story is inspired by that profound gift.

How did you get the show to Signature Theatre? What changes have you made for this production?

Eric Schaeffer became interested in the show through its first reading in early 2010. After the Public Theater presented it in concert version at Joe’s Pub in September, 2010, he offered to produce it at Signature Theatre. Since the Joe’s Pub concert, the score has been substantially revised with cuts, additions and rewrites to emphasize action over reflection; to sharpen and deepen the depiction of the characters and their individual conflicts; and to strengthen the dramatic structure of each scene and of the piece as a whole.

You are a jazz musician. 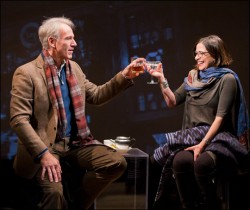 Brian and Diane Sutherland in 'A Second Chance.' Photo by Christopher Mueller.

How has jazz influenced your score for A Second Chance? I played jazz throughout my high school and college years, and it simply became a core element of my musical voice. For this show I did not set out to write a “jazz” or even a “jazzy” score, but I suppose I can’t escape the fact that my sense of harmony, my need to feel a propulsive rhythm, and my compulsion to avoid repetition or predictability all stem from those jazz roots.

You studied with Ricky Ian Gordon (who I adore) and are a fan of Stephen Sondheim’s  (who isn’t?).

How has their work influenced your score for A Second Chance, and what advice did they give you about writing this score and book and lyrics? I have been deeply inspired by the richness, originality, complexity, constant surprise, enormous heart and unfailing integrity of their writing. Of all the generous and wise advice I have been privileged to receive from them, perhaps the most important has been to stay true to my own personal voice.

What song or songs were the hardest to write, and why?

I’ve heard that for many writers the opening number is the most difficult, and that would probably be true in my case. I’ve already had four versions! It’s such a challenge to strike the right balance among: engaging the audience right off the mark; setting up the narrative arc of the entire show; introducing characters and other background information; and still writing a song that has musical integrity – all in one number!

What song in the show when you hear it sung – moves you the most?

It’s pretty impossible to choose among one’s “children”!  In regard to which songs go through my head, I am very fickle – it’s usually the one I wrote most recently!

How did you get Brian and Diane Sutherland to perform the show?

Mary Jo and I already knew them as close friends and were very familiar not only with how exceptionally gifted they were as singers and actors, but also with how effectively they projected their special chemistry and warmth on stage when cast as co-leads.  We had seen them play the leads in Guys and Dolls and Kiss Me Kate. 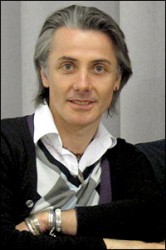 How did Director Jonathan Butterell become involved in the show, and what contributions has he made to it? What is the best advice he has given you so far?

We met Jonathan through his work on The Light in the Piazza and became good friends. When I began writing the libretto, the first person I consulted, long before the show was ready to be in need of a director, was Jonathan because of his uniquely deep sensitivity and empathy in the understanding of people, their emotions, their motivations, their conflicts and their essential qualities. In addition to his extraordinarily beautiful vision for the staging of this Signature production, he has played the indispensable role of alter ego in helping me to shape the narrative and to understand the complexity of the stakes involved for each of the show’s characters in this second chance they each are being offered. Some of the most important dramatic moments have arisen from his insights and suggestions.

Where does the show go next?

All of us who are involved with this production are concentrating fully on making it the best it can be. How well we succeed with that will determine the next direction for the show. At present, it is not booked for a production beyond the Signature’s.

What do you want theatregoers to take with them when they leave Signature Theatre after seeing A Second Chance?

The show does not have a didactic purpose. Nonetheless, it would make me happy if audience members, regardless of age or life experiences, felt more encouraged to believe that in the wake of loss or disappointment, a second chance is available to anyone. The challenge is to recognize it when offered, and to take the leap of faith necessary to overcome the obstacles to pursuing it.