‘A Quick 5’ With Howard Shalwitz 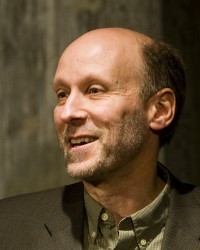 Howard Shalwitz is the Artistic Director for Woolly Mammoth Theatre Company. For 32 years, Woolly Mammoth has been presenting thought-provoking productions such as Booty Candy, Eclipsed, Clybourne Park, and Antebellum, among others, that challenges the audience. Woolly has also presented Mike Daisey, the Neo-Futurists and currently The Second City’s Spoiler Alert: Everybody Dies. We owe a great deal of thanks to Howard Shalwitz for taking the risks that a lot of companies shy away from.

Since Woolly Mammoth Theatre Company is now in its 32nd season – what fond memories do you have about the early days of the company?

I remember the intense camaraderie of starting a theatre with two good friends, being consumed with Woolly every hour of the day, doing every possible job at once, the feeling of insane pressure to get shows open and fighting against the odds, the exhilaration of every tiny success, and the long slow realization that it might actually take off.

What do you look for in a script when choosing your season? 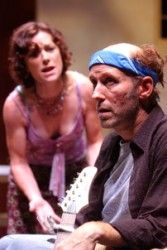 Jennifer Mendenhall and Howard Shalwitz in 'Lenny and Lou.' in 2003.' Photo by Stan Barou.

The language has to jump out at me or I can’t get interested. I’d rather do plays that are challenging and ambitious than plays that are tidy and comfortable. I have to feel like there are interesting theatrical puzzles remaining to be solved by our company of artists, that there is room for a real directorial vision, and that the play is asking timely and important questions of our audience. In general, “realism” is not my thing, and I’d rather have unexpected characters on the stage than characters we’ve all seen before.

Woolly Mammoth does some pretty edgy and controversial types of plays. Are there any kinds of plays that you would not consider producing?

Recently, there was a play we read that had extremely offensive racial stereotypes. This was totally intentional on the writer’s part, and I think it’s a brilliant and provocative play. But it crossed a line where I believed the offensiveness would overshadow the brilliance, so we’re not doing it. It was one of the first times I can ever remember feeling that a play was too controversial for Woolly Mammoth. In general, I’d rather push our audience’s buttons than make them comfortable. And our audience – which is open-minded and ready for anything – always rises to the challenge.

Have there been any productions that did better or worse than you expected?

Many, but I try not to predict how successful a play might be and instead let others do that for me.  I only pick plays I really believe in, and I believe that every one of them could turn out to be a smash hit.  Some are, and some aren’t, and that’s the nature of the business. But when audiences and critics don’t respond to a play, it’s always heartbreaking.

In these tough economic times why do you think Woolly Mammoth continues to thrive? 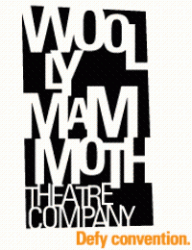 We’ve stuck to our mission for 32 years, doing provocative and risky new plays most of which no one has even heard of, and that gives us a strong sense of purpose. People understand and respect that, and it attracts very committed artists, staff and Board members, and loyal audiences and supporters. We’ve also kept pushing ourselves forward artistically so the quality of our productions keeps rising – not to mention learning how to balance budgets, sell tickets and raise money. There are so many parts to a theatre, and so many talented people who make it work. Still, every season is a risk and Woolly always feels like a miracle.

Watch an interview with Jeffrey Brown on PBS NewsHour and Howard Shalwitz talking about Clybourne Park.