‘A Quick 5’ with Janet Stanford 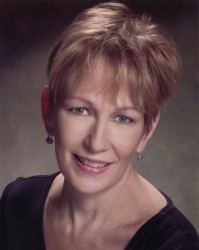 Janet Stanford has been the Artistic Director of Imagination Stage for the almost two decades. Imagination Stage produces high quality adaptations of well-known children’s stories as well as commissioning new works to add to their repertoire. Some past productions include Mulan, Perseus Bayou, The Day John Henry Came to School and currently Doctor Dolittle, which is running through January 8th.

Imagination Stage also has an ingenius feature that most venues should consider for adults as well as kids. There is a quiet room in the back of the theatre that is sound proof but the child can hear the show inside while trying to ‘calm down.

Janet Stanford understands that today’s kids are extremely smart and Imagination Stage’s productions reflect this in their writing and high quality productions.

How many years have you been the Artistic Director of Imagination Stage?

How do you go about choosing your season? 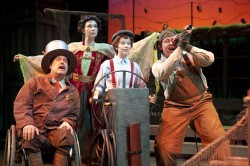 Together with Associate Artistic Director, Kate Bryer, I read Theatre-for-Young Audiences play-scripts all year long. We check in with colleagues and playwright friends across the country as well as several agents to find out what scripts are new and innovative as well as what is playing well in other cities. We look for a mix of popular titles and themes that we think reflect our mantra of ‘serious fun.’  Literary merit is important to us; compelling child characters who are central to the piece; stories that speak to the ethnic diversity of our community; and always -however serious the topic – an empowering message of hope.

When you put on an original piece how long does it take from the planning stage to full production?

At Imagination Stage we have been commissioning two new plays every season for the last 20 years. The gestation period can be anywhere from a year to three, depending upon the playwright and our own dramaturgical process. Once we agree to work with a writer or playwright-composer team, we set up a series of deadlines and plan for a week of workshop development. We go back and forth with the creative team, sometimes through several drafts, before we decide the play is ready to workshop. Then we hire a cast of actors and decide what the specific focus for the week will be. There may be plot questions, or problems with the journey of a particular character. Other times, the challenge for development week may be how to stage the play. Often, plays for children have fantastic settings, puppets, or magical effects and so require highly creative solutions to the staging. We strive to discover answers to the unique challenges of the script, whatever they are, during the week of development so that when we design and rehearse the play, we have a pretty good idea of how it can work and be successful.

You have written some plays for young audiences. Have you or would you produce one of your own pieces at your theatre?

I wrote three plays for Imagination Stage while we were at our White Flint space between 1995 and 2003. Two of them have been remounted in our new home on the Lerner Stage. Sleeping Beauty: The Time Traveler is published by Dramatic Publishing, Inc and is currently enjoying a new production at the TYA theatre in Palo Alto, CA, and Aladdin’s Luck had a successful tour by The Honolulu Theatre for Youth a couple of years ago. In fact, when we did the show at Imagination Stage just this past fall, we adapted the video design from the HTY production for ours.  here is nothing more exciting to me than to see a story that I have envisioned in my mind come to life on a stage with live actors and enhanced by good design and direction. It is a tremendous privilege to communicate what I know and believe I understand of life to an audience through the medium of theatre.

What are you most proud of that you have accomplished during your tenure at Imagination Stage? 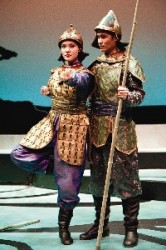 I am proud of so many aspects of what Imagination Stage does that choosing one is hard. I do believe that we serve a need in our region and that we offer a creative space for young people where they can participate as both audience members and as students of the performing arts; a place where they hear their interests and concern given voice. I am also proud of our integrity. When economic times are tough, it is easy for arts organizations to lower their standards. We have a solid curriculum for our classes and camps which is time tested so we resist fads and gimmicks in order to attract new students. We also remain true to our belief that live theatre should be well-written and crafted, and that is should reward the effort our audience makes to come out to the theatre with meaningful content.