‘A Quick 5’ With Michael John LaChiusa 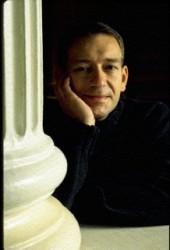 Michael John LaChiusa is a very talented composer and lyricist. You might have seen his musicals Giant and See What I Wanna See at Signature Theatre in 2009. Other credits include Little Fish, The Wild Party, Hello Again, Marie Christine and First Lady Suite. His songs have been recorded by such artists as Audra McDonald, Camelot Bogart and Michael Ball. Michael John is also an accomplished musician and accompanist. In fact I met him backstage at La Mama ETC where he was accompaning a singer upstairs in The Club and I was stage managing a show in the first floor theatre. He currently has a new production of Giant at Dallas Theatre Center. I am grateful to Michael John for doing this ‘A Quick 5.’

How would you describe your style of writing? 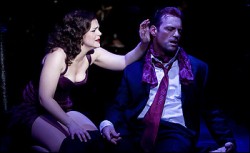 Rachel Zampelli and Tom Zemon in 'See What I Wanna See' at Signature Theatre. Photo by Scott Suchman.

I can’t say I think in terms of “style” when I write; I write what’s necessary—for a given musical moment, for a given dramatic beat. I write within a genre of theatre that’s known as music theatre, which calls for a different discipline than, say, writing poetry or symphonic composition. I try my best to follow my conscience and trust whatever craftsmanship I have in order to make a show one I’d like to hear and see. It’s all any writer should and ought to do.

I saw you accompanying a performer at LaMama ETC a few years ago. Do you still play for other performers?

No, but it’s fun every now and then to do revues of my work like The Girly Show or Hotel C’est l’Amour at Joe’s Pub or the Lincoln Center Songbook Series.

Who do you think is the best solo interpreter of your work? 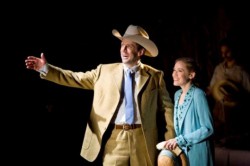 I can’t single out any one “best” – but not simply for diplomatic reasons. I’ve been blessed to have worked with and written for many extraordinary actors; those who somehow intuitively understand what I’ve written and, through some sort of alchemy, manage to create the illusion that a song is being created on the spot, in that very moment the audience is hearing it. That’s the best sort of interpreter I could ask for. I’ve had the privilege of working with quite a few of these “bests.” And I’m grateful for and indebted to them.

What changes did you make to Giant from Signature Theatre to the production playing now at Dallas Theater Center? 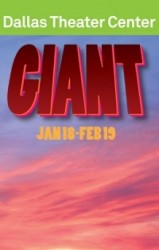 The original version of Giant runs four and a half hours, in three acts. My collaborator, Sybille Pearson, and I decided to take a challenge handed to us and create a two-act version that runs two and a half hours. And so we have. To make this new version required streamlining and focusing: trimming away at excess, without losing its flavor, potency, and intent. So we now have two versions: one for die-hard enthusiasts and another for those who can’t afford the luxury of spending a half a day in the theatre!

After Giant what are your next few projects? 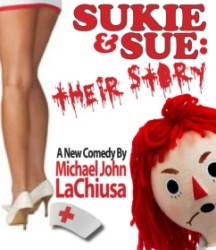 I’ve two more premieres coming up in 2012, both in Los Angeles: my play, Sukie and Sue, opening at the Blank Theatre Company in April; and a new musical, Los Ostros  (with book and lyrics by Ellen Fitzhugh), opening at the Mark Taper Forum in May.

A short highlight video of Giant at Signature Theatre.

A short highlight video of See What I Wanna See at Signature Theatre.

Highlights of Transport Group’s World Premiere production of Michael’s Queen of the Mist from November 2011.