‘A Quick 5’ With Will Gartshore 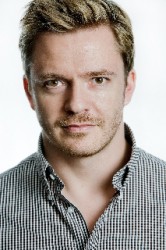 Will Gartshore. Photo by Christopher Mueller.

Will Gartshore is currently appearing in The Religion Thing at Theater J. He recently completed a run of Parade at Ford’s Theatre, a show for which he also played on Broadway and can be heard on its cast recording. Past credits include The Great Gatsby with Washington Ballet at Kennedy Center, Urinetown, Show Boat, Assassins and Merrily We Roll Along at Signature Theatre David in Shadow and Light at Theater J and The Velvet Sky at Woolly Mammoth Theatre Company. When not performing Will is employed at The World Wildlife Fund as a lobbyist.

You were in the NYC Broadway production of Parade and recently appeared in the Ford’s Theatre‘s production, where you played Officer Wiliam Ivey, a detective, and Tom Watson, a politician and newspaper owner. Jason Robert Brown has stated that he prefers the revised version of the show. Do you feel the newer version is an improvement over New York? 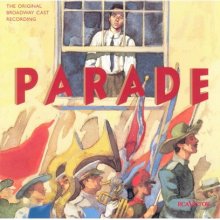 Both experiences were great ones for me.  I can’t be entirely objective about the Broadway production because it was a dream-like experience. I was 23 years old at the time and performing at Lincoln Center and in love with the show, so I’m biased. I do think the revised version makes several important changes though, which help to consolidate and clarify the story. One of these is throwing more focus on to Hugh Dorsey so that you track and understand his thinking over the course of the play and, through him, understand how the power of tradition and the fear of change – sentiments introduced in The Old Red Hills of Home – actually play out in a political context. The other big change was to the character I played in the Ford’s production – Tom Watson.  He’s now something of an amalgam of two characters that were in the original –Watson and Fiddlin’ John – which I think was a really smart change. They played similar roles as rabble-rousers in the original, and by combining them, Jason and Alfred have focused that energy in one personality and, through new musical material, brought in more of the class conflict and economic grievances that drive the story.  Watson was the voice of the rural, agrarian poor against the urban, moneyed, Northernized elites of Atlanta – the leader of a proto-Tea Party – and the new material he’s given in the revised version makes clearer that his anti-Semitism is a function of that class-based rage against the North and its Southern collaborators (such as Gov. Slaton), who he believes are fundamentally corrupting the true south.  Lastly, by condensing the cast through additional double-casting, they’ve made it more likely that the show will be produced more often – though with fewer voices to work with, it also meant the Ford’s production was more vocally challenging, especially for us tenors. 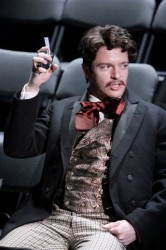 Will Gartshore as John Wilkes Booth at Signature Theatre. Photo by Carol Pratt.

The first question is impossible to answer. I love Sweeney Todd, because it’s his masterpiece – all the elements just work. (And because I want to play Sweeney.) I love Sunday in the Park, because it’s so quirky and musically adventurous and speaks directly to my experience as an artist. (And because I want to play George.) But the show I’m most irrationally in love with is Passion because it’s not an easy show to love, but the score infects you – one long rapturous love song, but the darkest and truest love song maybe written for the Broadway stage, and probably Sondheim’s most personal composition. (And because I want to play Fosca.) But my favorite Sondheim role I’ve played has to be John Wilkes Booth in Assassins. Joe Calarco’s production was brilliant but unencumbered and gave me the opportunity to play the kind of role that drew me to acting in the first place. My first ever stage role was Dorian Gray. My favorite scene work in acting school was playing Richard III. Assassins confirmed for me once again that I have a serious affection for the dramatic bad guys – or as I prefer to call them, “misunderstood”.  Plus, they get all the best lines.

You performed with Washington Ballet in The Great Gatsby earlier this year. What was the experience of putting that show together like for you? 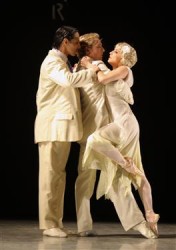 'The Great Gatsby' at The Washington Ballet. Photo by Carol Pratt.

Amazing. I love doing that production. And the audiences love watching it. It’s one of the more fully satisfying projects I’ve been a part of. Septime Webre has created a real artistic synthesis of music, theatre, dance and literature. I got to sing great American standards in a real period style (my vibrato was allowed free reign), and I got to speak Fitzgerald’s amazing prose live onstage at the Kennedy Center – all in support of an incredible corps of dancers. You know, I never really, truly understood ballet until I watched the Washington Ballet dancers rehearse that show – seeing the technique in action rather than just the leaps and the lights and the costumes.  I kind of fell in love with each and every one of them.

We originally did the show in the winter of 2010, so this time around was a remount with a condensed rehearsal period, and it was definitely the fastest turnaround I’ve had between shows. I literally closed Parade on Sunday afternoon; went home Sunday night after the cast party to watch the DVD of the original production and look over my music and monologues (which, it turns out were still lurking in my memory somewhere); rehearsed with Septime and the band on Monday afternoon for a Monday night run-through; teched the show at the Kennedy Center on Tuesday; and was onstage for our first performance Wednesday evening. It was such a blur that I’d kind of lost perspective on the experience of doing the show. But when I walked out after the overture to speak the opening lines of that brilliant novel on the stage of the Kennedy Center in front of 1200 people, I remember thinking to myself, “Life is good.”

Can you give us a quick synopsis of The Religion Thing and who your character is? 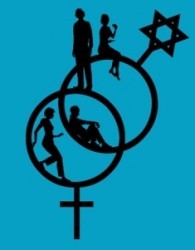 Talk about another amazing experience. I love this show. I love this play. I love this cast. And I get to work again with one of my all-time favorite directors, Joe Calarco. Renee Calarco has written a really excellent and incredibly funny play about faith and sex, religion and relationships, and how what we believe can be both the glue that holds us together and the wedge that drives us apart.

Basically, the play is about an interfaith couple – he’s Jewish, she’s Catholic. They’re pretty casual in their faith until two things happen: one of their friends goes hard-core religious, and some big, unresolved issues in their own relationship suddenly bubble to the surface. Drama and hilarity ensues. I’m the new guy in this arrangement – the beau of the newly religious chick who’s being introduced for the first time. She and I are trying to start a new life together, and the key questions we’re facing in our own relationship is whether or not you can truly divorce your past and how much faith is required to see you through in the end. We’re having a great time, and so are the audiences. The play is both funny and provocative. It runs through Jan. 29th at Theater J.

When you are not performing you work for the World Wildlife Fund. Can you tell us what your job responsibilities are, and if you had a chance to speak to President Obama about the issues you work on, what would you say to him?

I’m a big, bad lobbyist for panda bears. I work in our government relations department on policy and advocacy to promote conservation of species and habitats both here in the U.S. and internationally. Much of my work has been to encourage U.S. government efforts to save international species, such as tigers, rhinos and marine turtles; to promote U.S. climate change policy and positive engagement with the international community to solve that problem; and general advocacy for U.S. funding for international conservation programs, such as those to save tropical forests or promote sustainable development in areas with globally important biodiversity, such as the Congo Basin of Africa. I’m on the Hill a good bit lobbying, and I also help communicate with WWF members and activists to get them engaged in efforts to support good policies.

As far as the President goes, if I talked to him I think I’d first thank him and tell him I didn’t him envy his position at this point in American history. And then I’d ask him to not forget the the lions and tigers and panda bears, because there aren’t so many of them left in the wild, and they need someone to have their backs if they’re going to be more than fairy tales that Sasha and Malia tell their grandkids.
__
LINK

Watch Will Gartshore on ‘The District Dish.’