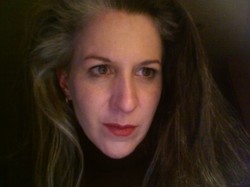 Director Eleanor Holdridge enlightens us on her journey of casting and directing Folger Theatre’s upcoming The Gaming Table, and introduces us to her cast and designers, and the ‘look’ of the production. Eleanor also offers some great pointers on becoming a better Basset player.

What first attracted you to Susanna Centlivre’s The Gaming Table?

I was first attracted to The Gaming Table because of the amazingly strong women characters and the incredible tautness of the script. It seemed to sparkle off the page when I first read it. In Centlivre’s deft hands, each woman is differentiated from the others in a way that is completely unusual for the period. The women have their own stakes, their own voices. From the scientist to the reformer to the gamer, each woman strives to get her goal and get her man.

What is The Gaming Table about?

What was the audition process like, and how long did it take to fully cast the show?

Being new to the area, I knew many of the New York actors but very little of the wonderful pool of local actors here in DC. Until I came to DC to head the Directing Department of Catholic University’s Department of Drama, I had always been a gypsy, going from one freelance gig to another, from one city to the next. Now that I’m settling here in DC, it is truly wonderful to get to know the theatre scene here. There are so many theatres and so many wonderful actors adept at undertaking so many styles.

For The Gaming Table, we spent months auditioning. I saw many of the local DC actors and also actors in NY and videos from actors around the country. The result is, I think, a great mixture of the two – national and regional actors who are working wonderfully together as an ensemble to generate a pay filled with fun and wit and joy.

Please introduce the cast and tell us why they were perfect for their roles.

As Lady Reveller, Julie Jesneck is effervescent and arch and fun. As Sir James Courtly, Michael Milligan exudes a remarkable mixture of sophistication, foppishness, and testosterone and reveals a heart of longing underneath. As Lady Lucy, Katie deBuys has an earnest goodness about her, as well as a sense of a hidden minx. Marcus Kyd manages to balance stunning, earnest passion and the melancholic disposition of the spurned lover, Lord Worthy, even while brandishing his considerable comedic talents. Emily Trask is glowing as the sexy scientist melding her love of learning with love of the Ensign Lovely. 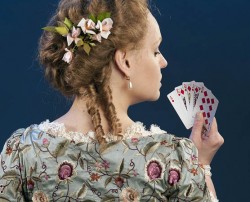 Tonya Beckman Ross manages the delicate combination of the conniver and inveterate gambler with charm, insouciance, and joy even while Darius Pierce does a masterfully brilliant comic turn as her beleaguered husband—it’s frankly hard not to laugh at Mr. Sago and feel sorry for him at the same time. As the comic sea captain Hearty, Michael Glenn brings a robust delight and energy to everything he does. The inimitable Emily Townley captures the down-to-earth wryness of a Ladies’ maid and a scintillating sense of fun. Michael Willis, as Sir Plainman, creates a bombastic patriot who is yet somehow lovable. Robbie Gay is lovely as Ensign Lovely and gets the gravelly nature of the sea when he’s in disguise. And Ashley Ivey, as Buckle, gets the sophisticated humor of the servant, aping his master.

What has been the most fun aspect of working on this production?

I think the ensemble cast, the wonderful all-girl design team, and the brilliance of David Grimm combined with the wonderful wit and fun of the original text have joined to make this a project where collaboration is key.

Much of the joy of directing a classical play is the process of making the text relevant to the modern ears of the audience. The fun of working on a new work is to help find the essence of action within the play to bring the playwright’s words and project to fruition. In adapting The Basset Table into The Gaming Table and commissioning David to find contemporary parallels within period forms is to have it all. Personally, editing down to the essence of the play, strengthening syntax, and landing jokes of an already great text has been incredibly fun as has finding places where new text can be added and collaborating with David on that project. It has been a truly remarkable and unique experience.

Why and how can modern audiences relate to The Gaming Table? What will audiences take away?

This is what I want this production of The Gaming Table to do. I want audiences to revel in the wit of the characters, to be swept up in the madcap game and interweaving plots, and to feel exhilarated as if they’ve just drunk a glass of champagne. In the lobby, during intermission and after the play, I want the wit to flourish.

It is a play very much for today, very much about a tiny privileged class at the top spending scads of money on play and fun while the majority below can be ruined in their attempt to live the lifestyle of the rich and famous. But it is also a play of manners and of wit, a play where with a little compromise and self-reflection, characters can find love and pursue their dreams.

The play was originally titled The Basset Table, but you have renamed it following some adaptations by playwright David Grimm. Will you please describe the card game Basset? Are you a good Basset player?

I’ve played poker for years and absolutely adore the game. I love the sound and feel of the chips, the moment of bated breath before a card is turned up, and the strategies involved, but mostly what I love about it is reading people. Are they bluffing or do they really have that pair of aces in their hand? Learning to play Basset has been a different thing entirely. It is almost entirely a game of chance. Of putting down a bet on a card and waiting for the Dealer to turn up a card that means you win all or lose all.  And then there are the side bets, confusing and fun.

How to play? Basically a dealer turns up two cards a turn. One loses, one wins.  (For instance, “8 wins, king loses”). Each player has chosen from their book of cards (an entire suit) card(s) that will win and staked money on them. If a card wins, the money can ride up to four times for exponential wins of money. For more detailed rules, please see the Folger Theatre blog entry by cast member Emily Trask.

In playing the game, I’ve come out a bit ahead, playing conservatively. But of course, the fun of the game was in being reckless and hazarding it all for potentially huge amounts of money. At the time, fortunes were lost and found, but mostly lost.

Please introduce your design team and describe the look of the show. What were the toughest challenges you and they had designing the show?

First of all, in creating the world, I wanted to get the sense of the modern day casino even while integrating it with the world of the Restoration – that sense of entering a world and never knowing what time of day it is, or how to get out. Set Designer Marion Williams and I looked at Escher prints, and a labyrinthine world of staircases and pattern began to emerge. Jessica Ford worked on creating a period silhouette with contemporary embellishments, looking at the period costume along with what the über-rich of America today are wearing. Nancy Schiertler (lights) and Veronika Vorel (sound) are working to create a world in which the audience can imagine that a game is always going on in another room – where the gleam of gold and the sound of the game are always around the action – just out of reach.

What has surprised you most about the play? What have you learned about the play or playwright that you didn’t know before you began working on The Gaming Table?

I’ve been surprised by the quickness of the play and the way it provides an opportunity to integrate physical as well as verbal comedy. Until we started rehearsal, I didn’t quite see how much physical comedy there could be. It’s not as if it’s a Marx Brothers film, but it’s filled with opportunities where physical comedy can flourish. Centlivre fills her play with situations that demand a brisk pace, a sense of fun, and a sense of a world gone comically mad. A long time ago when I worked as an assistant at The Shakespeare Theatre, my mentor Michael Kahn critiqued a rather stiff rehearsal of a comedy I directed by saying, “You know, Eleanor, sometimes you’ve just got to have the actors chase each other around the stage.” Seemingly simple, right? But brilliant. It is incredibly easy to get trapped in deciphering heightened text and wit and not see the comic forest through the witty trees. Now, years later back in DC, I hear his advice again. There’s something profoundly human and inspiring about a comic pratfall. It’s not just the falling down, it’s the getting up so you can fall down all over again.

What’s next for you after The Gaming Tale?

After The Gaming Table, I’ll be working at Theater J on a wonderful play by Gwydion Suilebhan  in their Locally Grown Festival. One of my goals is to start doing more contemporary work, and I’ve been collaborating on some new scripts. I am currently in the process of searching for directors for my new class of Graduate directing students at Catholic University and looking forward to working in more of DC’s wonderful theatres.