There’s nothing more fun than attending a holiday concert in our nation’s capital. I moved to the Washington area on July 4th, six years ago, and I spent my first day here at the Capitol Fourth concert. Since then, I have rarely missed a holiday concert, and tonight was no exception, as I attended the Let Freedom Ring Celebration at the Kennedy Center. 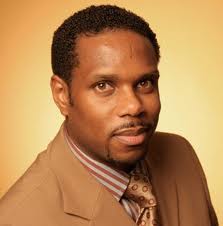 Arriving early, it was clear that something very out of the ordinary was about to happen, as security was in full force. Just before the concert was to begin, an army of photographers entered the concert hall, aiming their cameras toward the first balcony, and shortly after President Barrack Obama, First Lady Michelle Obama, and their daughters entered the hall to thunderous applause, waved, and took their seats.

Then, with a celebratory house packed to overflowing and additional crowds watching from monitors in the grand foyer of the Kennedy Center, the Let Freedom Ring Celebration Choir, its music director, Reverend Nolan Williams, and soloists Alex Pelle and Annise Pickens, both Georgetown University students, opened Monday evening’s Let Freedom Ring Celebration honoring Dr. Martin Luther King with “Busses Are A-Comin.” The work was expertly arranged by Williams, and included students marching in from the back of the hall carrying protest signs, evocative of the Freedom Riders and all those who bravely supported the freedom movement of which they were a part.

John J. DeGioia, President of Georgetown University, then took the stage to present the ‘2012 Coach John Thompson, Jr. Legacy of a Dream Award,’ honoring the legacy of Dr. Martin Luther King, to Professor Clarence B. Jones, who among his many accomplishments can count working with Dr. King in planning the Birmingham Alabama Desegregation Campaign, assisting King in drafting his “I Have a Dream” speech, and preserving King’s copyright of this most momentous address. 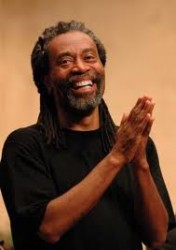 The featured musician of the night was ten-time GrammyAward-winner Bobby McFerrin, a musician and personality whose talents know no bounds. He is at once a one-man human orchestra, a composer, a conductor, a uniquely gifted improvisational singer with an incredible four octave range, and a teacher of exceptional talent. He is his own instrument, and his ability to play his body, turning it from rhythm section to string bass, to flute while at the same time singing, while at the same time conducting a choir behind him and an audience in front of him is simply awe inspiring.

By the time the finale came around, the audience was warmed up, well-trained by McFerrin, and ready to play their part in a seven-minute sing-a-long performance of “Down By the Riverside, which featured a return of soloist Nova Nelson, who impressed the audience with her impressive musical abilities and stage presence as she took on Bobby McFerrin in an extended improvisational challenge.

As President Obama and his family bid farewell, the audience burst into spontaneous and extended applause and repeated group cheers of “Four more years!” that continued long after he left the hall.

Thanks to the Kennedy Center for this wonderful celebration, for opening it to the public without charge, and for streaming it via the Kennedy Center website so that people everywhere might enjoy and take part in this inspiring tribute to Dr. Martin Luther King.