Ryan Adams at The Music Center at Strathmore 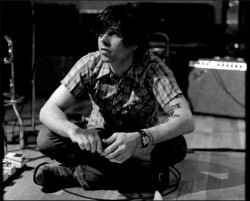 Ryan Adams did not bring a band with him on his tour. Instead, he performed for two hours singing songs and playing acoustic guitar or the piano. The Music Center at Strathmore was the perfect venue with its wonderful intimate sound. Ryan displayed his enormous musical talent. He also was unpredictable, humorous, forgetful, and an artist who is really aware of the audience.

He opened with the beautifully crafted “Oh My Sweet Carolina,” fittingly off his first solo album Heartbreaker. He would play three more selections from that album but followed the song with the title track of his latest release Ashes and Fire. He also performed The Grammy Award nominated song “New York, New York” off of his second album “Gold.” He also played the song “Firecracker” from that album.

He performed “Wonderwall” a song by Oasis which he covered on his album Love is Hell. His version was better than the original – capturing so much emotion in the song. He played one song, “If I Am a Stranger” off the Cold Roses album. He would have played a second one – but he forgot the way the song went. Ironically, this happened after he made up a song about not having a plan and how he played basketball before the show – instead of working on a set list.

Next came two songs from a including “Two”- a song that had been requested earlier. When a fan had called out “Two” earlier – Ryan asked if that was some sort of Math problem. He also performed “Everybody Knows” from the album. He represented the next album Cardinology with “Crossed out Name.”

He played lots of songs from his back catalog which kept his die-hard fans happy. He revisited his Whiskeytown days with “16 Days” and “Jacksonville Skyline” during the encore with opening act Jason Isbell. He also played four songs from his latest album – which fit in perfectly with the songs from his past. He ended his regular set with “Come Pick Me Up” – a powerful song of heartbreak, sadness, depression – full of emotion like most of his songs. 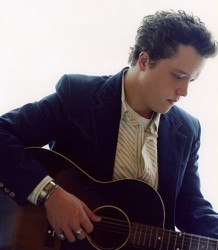 Jason Isbell who used to be with the Drive-By Truckers before pursuing a solo career – warmed up the crowd for Ryan Adams playing a brief five song set. However, he joined Ryan for a three song encore. The encore included a Drive-By Truckers cover of Danko/Manuel and “Jacksonville Skyline.” They ended with a cover of Alabama’s “Love in the First Degree” – a song which the two artists enjoyed playing and they actually had a lot of fun with it.

I sat by a die- hard Ryan Adams fan who had travelled all the way from Virginia Beach to see Ryan perform. At the end of the show, I asked her if it was worth and it and she had the biggest smile on her face and she said, YES!!