‘A Quick 5’ With Christopher Sieber

Christopher Sieber is currently playing Albin/Zaza in the national tour of La Cage aux Folles which ends its run this Sunday at The Kennedy Center. Christopher previously played the other lead 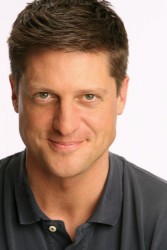 character Georges in the Broadway production making him one of the few actors to have played both leading roles in the same show.

Previous credits on Broadway include Spamalot (original cast), Chicago, Shrek The Musical and Triumph of Love. Regional credits include Randy Newman’s Faust at La Jolla and Paper Moon at Paper Mill Playhouse. TV credits include Two of a Kind, Guiding Light and Sex and The City. I met Christopher at Paper Mill Playhouse when working there during Paper Moon, and I am so glad he has had such a successful career. 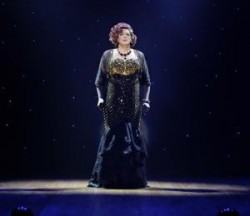 On this current tour of La Cage Aux Folles at The Kennedy Center – you are playing Albin/Zaza, while on Broadway you played Georges. Were there different challenges playing these roles, and which one is your favorite role?

Each one has its challenges…You may not know it, but George is the ring master/peacemaker..the one keeping all this craziness together…it is a very challenging part to play because he really is the one driving this show. I have the  privilege of now playing both parts in the same production…I love them both!

You have played Billy Flynn in Chicago a number of times on Broadway. Every time you go back into the show does your performance or interpretation change?

Any time you go back to do something you have done before, you can never go back to the way “it was”…I would hate that anyway…there are so many variables when you return to a show you have done…different cast members for one thing, with their own interpretations…which I always look forward to because it forces you to change your interpretation…To do the same thing over and over, the same way, is boring….I always look forward to new stuff/surprises. It’s dangerous and exciting!!

The musical Triumph of Love was, in my opinion, mistreated in NYC. Why do you think it had such a short run?

I think it was just marketed strangely….it looked like some sort of serious 17th century costume drama in the very few ads there were…It was a hilarious farce, with an AMAZING cast!! People did not know what it was…I think…

You were in the original cast of Spamalot. How much fun did you have during the run?

The greatest part was working with the absolutely hilarious people in that show, so collaborative..it was not work…it was a bunch of pals getting together trying to make each other giggle for about a year and a half…pure magic. 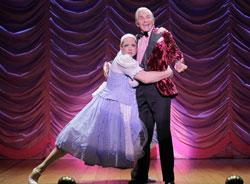 Why is La Cage Aux Folles still so relevant and popular 28 years after it made its Broadway debut?

There is a message that it isn’t who you love, it is that you love…. a family can be anything you want it to be….