‘A Quick 5’ With Rocco Landesman 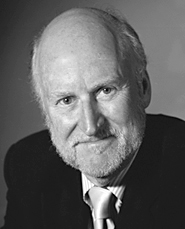 Rocco Landesman is the Chairman of The National Endowment for the Arts, a post he has held since being appointed to the position by President Obama in 2009. The National Endowment for the Arts was established by Congress in 1965 as an independent agency of the federal government. To date, the NEA has awarded more than $4 billion to support artistic excellence, creativity, and innovation for the benefit of individuals and communities. The NEA extends its work through partnerships with state arts agencies, local leaders, other federal agencies, and the philanthropic sector. 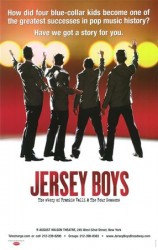 Prior to his current position Mr. Landesman ran Jujamcyn Theatres which owns five Broadway theatres and is responsible for two of Broadway’s biggest hits – The Producers and Jersey Boys. Other shows he has produced include The Secret Garden, Angels in America and Caroline, or Change. Mr. Landesman’s first producing venture was Big River which won the Tony Award for Best Musical in 1985. A Tony Award for your first Broadway venture – now that’s impressive!

Mr. Landesman has been active on numerous boards, including the Municipal Arts Society, the Times Square Alliance, The Actor’s Fund, and the Educational Foundation of America. Mr. Landesman has also vigorously engaged the ongoing debate about arts policy, speaking at forums and writing numerous articles, focusing mainly on the relationship between the commercial and not-for-profit sectors of the American theater. You can also see Mr. Landesman in the documentary Moon Over Broadway which looks at the making of Ken Ludwig’s Moon Over Buffalo.

I have met Mr. Landesman on several occasions and he has always been very gracious. I am very honored that he was able to take time out of his always busy schedule to do this column.

How did you get into theatrical producing? 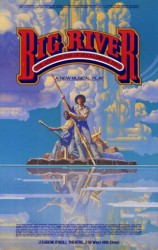 It was very simple, really: I had a musical that I wanted to make happen. Huck Finn is the great American novel, and I thought it should be a musical. I also believe that Roger Miller is the greatest American songwriter – right up there with the Stephens, Foster and Sondheim. So I set out to get him to create a musical around Huck Finn – despite the fact that Roger had not only never written a musical, but also had never even seen one. His wife took the idea seriously before Roger ever did, but we persevered and Big River was the result, my first attempt at producing.

When you were running Jujamcyn what was your criteria for the types of shows that you would produce? 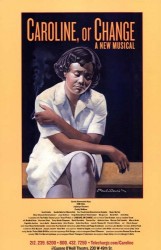 Of course box office is always a consideration for a commercial producer or a theater owner, but I really only produced shows that I loved. Caroline, or Change, for instance, didn’t exactly bode well for the box office, but I think it is one of the most important shows that I ever produced. That was a show I loved.

Did you know from the start that The Producers and Jersey Boys would be the mega-hits that they turned out to be?

I first saw The Producers at a backers reading in New York. At intermission, I walked up to Mel Brooks and told him that the second act would have to be the worst thing ever written for this show not to be a huge hit. I told him he had a theatre if he wanted it. Jerry Schoenfeld thought the show was too much inside baseball, but my wife Debby and I had tears rolling down our cheeks: “The Fuhrer is causing a furor.” I love that. The rhyme makes the line somehow familiar, but the combination of those words makes it totally unexpected. Pure Mel.

After finishing your tenure at NEA, will you be going back to producing? 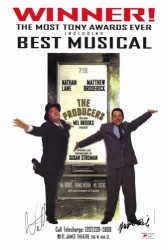 Very doubtful. I sort of feel like I have done everything I wanted to do: I was lucky enough to have produced my favorite musical of all time (Big River), what I consider to be the most important American play (Angels in America), and what is still the most successful show on Broadway (The Producers, which walked away with 12 Tonys).  I will always love the theater and be involved with it in some way, but I really don’t think I will ever produce a show again.

What are some of your favorite shows that you have produced? 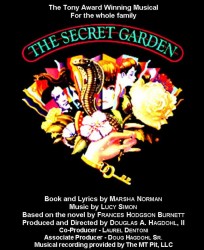 There have been some really great ones over the years.  In no particular order, I would have to say Into The Woods, Jelly’s Last Jam, The Secret Garden (which had the most beautiful sets by my ex-wife Heidi Ettinger), M. Butterfly, The Grapes of Wrath (which was not even in a Jujamcyn house!). And, of course, The Producers, Angels, Caroline, and Big River. The one that got away was Chicago. We actually passed on it in order to take Andrew Lloyd Weber’s Whistle Down the Wind, which was sort of like when Elaine Stritch dumped Ben Gazarra in order to take up with Rock Hudson.