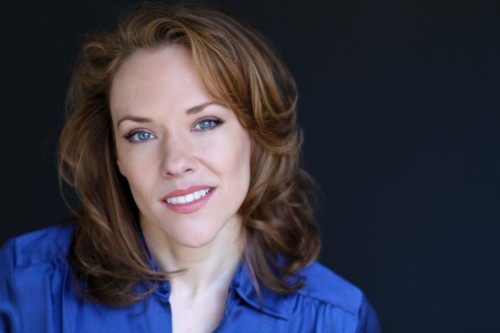 Barbara Cook’s Spotlight Series at the Kennedy Center offers selected leading ladies and men of Broadway, and sometimes London’s West End, the opportunity to reach DC area audiences with their solo cabaret acts.   As a musical theatre junkie, I look forward to these offerings each year as they are consistently of a high quality and, sometimes introduce me to songs/performers that I previously might not have known well.  Although I have seen Emily Skinner’s cabaret act several times (most recently at the DC Metro Area’s own Signature Theatre), her one-night-only performance at the Kennedy Center was certainly no exception in terms of the high quality of this cabaret series.  Ms. Skinner was able to bridge the often cavernous contemporary and traditional musical theatre divide with great ease.  She skillfully traversed 13 upbeat numbers and ballads and demonstrated her exquisite and versatile voice throughout the evening.

Tony-Nominated Emily Skinner has demonstrated her acting ability on countless occasions in DC and New York as well as throughout the nation.  Anyone who saw her in Signature Theatre’s productions of Dirty Blonde and The Witches of Eastwick or the Broadway productions of Billy Elliot, Side Show, and The Full Monty, for example, likely knows that she has an uncanny ability to interpret the deepest meaning of a song, not only as a singer, but also as an equally talented actress.  Ms. Skinner proved her adeptness in this area throughout the evening at the Kennedy Center.  Among the highlights were “Simple Little Things” (from Schmidt and Jones’ 110 in the Shade), “My Brother Lived in San Francisco” (a long-standing number in her cabaret act, drawn from Janet Hood’s exquisite Elegies for Punks, Angels and Raging Queens), and the comedic number which Ms. Skinner said was originally written for Barbara Cook herself in the 1950s, “Here Comes the Ballad.”

“Simple Little Things,” in particular allowed Emily the opportunity to explore 110 in the Shade’s vulnerable and longing protagonist, Lizzie, in a few short minutes.  Given her incredible interpretation of that simple song, I would certainly have liked to have seen her take on the role of Lizzie in a full production.  She truly connected with the lyrics as she did in “My Brother Lived in San Francisco,” which calls to memory two men that have died of AIDS.   In “Here Comes the Ballad” Emily demonstrated her versatile range and comedic timing as she transformed herself into an ingénue lamenting her role in shows that require ballad after ballad.  Her lilting soprano was on display in full force.

Other songs in the set list were hits with the audience, including two standard cabaret numbers and a number from a hit Disney movie (turned Broadway show).  Ms. Skinner included Heisler and Goldrich’s “I Want Them Bald,” a funny number about what a woman wants in a man (which may not be what is expected), to the audience’s delight.  Likewise, one of my favorite numbers, David Friedman’s “Rich, Famous and Powerful (My Simple Christmas Wish),” was also included.  She performed this tongue-in-cheek song with much vigor and verve.  As a long-time follower of Ms. Skinner’s career, I appreciated the twist she put into the song in this live performance.  It was certainly not a carbon copy of her rendition of the song on her self-titled 2001 album.  Finally, her take on an iconic villain song, “Poor Unfortunate Souls” from Disney’s The Little Mermaid, was certainly a crowd-pleaser.  Her strong belt and stage presence permitted this well-known number to take on new life in a way that was not evident in the recent Broadway musical version of that show.

Accompanied by her musical director, John Fischer, on piano, Ms. Skinner made the best of a short evening of songs and stories although I would have liked to see some additional instruments used.  Currently performing in Stephen King/John Mellencamp’s world premiere musical Ghost Brothers of Darkland County, which very recently opened at Atlanta’s Alliance Theatre, Emily made a quick jaunt to DC to do this performance.   While I certainly appreciate the effort she made to keep this concert commitment, her performance did suffer a bit, likely as a result of her busy schedule.  Nonetheless, hearing Emily Skinner at 75-90% is still certainly very worthwhile.  Her comedic and dramatic timing and strong vocal chops are exceptional and up and coming musical theatre actresses should take heed of her technique and approach to song interpretation.

This performance was a one-night-only event on Friday, April 13, 2012 at the John F. Kennedy Center for the Performing Arts in Washington, DC.  For tickets to other theatrical productions and cabaret performances at the Kennedy Center, call the box office at 202-467-4600/1-800-444-1324 or purchase them online.