1.  Do You Hear the People Sing? at Meyerhoff Symphony Hall

This is a wonderful concert celebrating the work of Boublil and Schonberg. Last night the lyricist of Les Miserables, Alain Boublil made a special guest appearance!  Hear the voices of Terrence Mann, Kathy Voytko, Marie, Zamora, Jennifer Paz, and Peter Lockyer sing along with Jack Everly conducting the Baltimore Symphony Orchestra and the Baltimore Choral Arts Society. 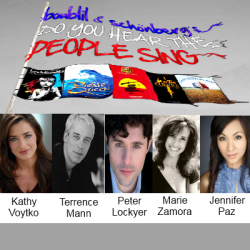 Do You Hear the People Sing? at Meyerhoff Symphony Hall.

It has to be seen to be believed!  In the tradition of Japanese folk puppet theatre, Dogugaeshi is a series of intricately painted scenes that slide open to reveal image after image in rapid succession. 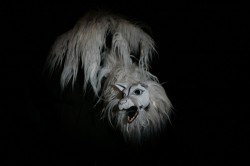 3. The Crucible at Catholic University of America

CUA turns out some of the best actors around!  Check out The Crucible to see why I feel this way. The play by Arthur Miller is about a group of teenage girls who accuse others in 1692 Salem, Mass. of witchcraft to cover up their own forbidden activities. The town erupts with allegations of satanic activity and hysteria. The arrests and trials that follow expose a community paralyzed by fear, religious extremism, and greed. 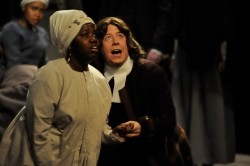 'The Crucible' at Catholic University of America. Photo by Clinton B Photography.

4. The Whipping Man at Centerstage

The evening I saw the play the audience unanimously stood up at the curtain call. The story takes place during Passover. Why is this night different from all other nights? For three Richmond Jews—one a former Confederate soldier, two his former slaves—gathered around a makeshift Seder table at the close of the Civil War, age-old questions of justice and freedom find new and surprising answers. 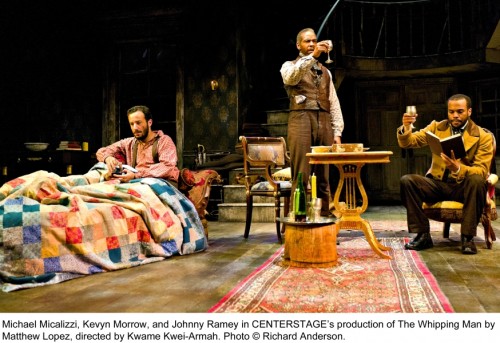 5. The Belle of Amherst at Bay Theatre Company

Be mesmerized by this one-woman show starring Kathryn Kelley as the famous poet, Emily Dickinson.  It depicts the humanity and reasonableness of Emily Dickinson’s life.  Playwright, William Luce says, “I say reasonableness because I believe that she consciously elected to be what she was-a voluntary exile from village provincialism, an original New England romantic, concisely witty, heterodox in faith, alone but not lonely, ‘with Will to choose, or to reject.'” 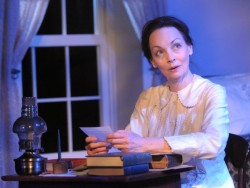 Kathryn Kelley as Emily Dickinson in 'The Belle of Amherst.' Photo by Stan Barouh.