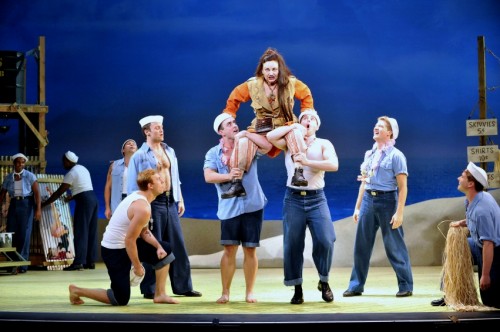 With summer now here, it is time for Wolf Trap in Vienna Virginia to kick off its 2012 theatrical season with Rodgers and Hammerstein’s South Pacific playing May 31st through through Sunday June 3rd.

This classic and groundbreaking musical features such classics as “Some Enchanted Evening,” “Happy Talk” and “I’m Gonna Wash that Man Right Out of my Hair.” An added plus with this touring production is that it is based on the Tony Award winning Lincoln Center Theatre production of a few years back. If this is your first time seeing South Pacific, be prepared to witness one of the most romantic musicals ever written. It you are a returning customer to this classic get ready to relive all that is right in musical theatre. 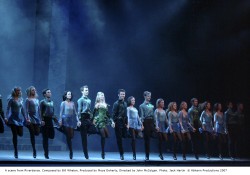 The world wide Irish Musical spectacular Riverdance plays June 15 through June 17th.  A dazzling display of Irish music and dance, this popular performance is unmatched, unrivalled, and beautiful to experience. In this its 14th season at Wolf Trap and last time playing in the U.S. you won’t want to miss this once in a lifetime opportunity to experience Riverdance live on stage. 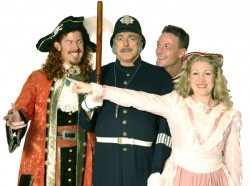 The New York Gilbert and Sullivan Players return to Wolf Trap with their production of The Pirates of Penznace playing for only two performances June 29th and 30th. This swashbuckling classic of the operetta genre features such stirring ballads as Poor Wandering One and comedic classics like “I Am the Very Model of a Modern Major General.”

Rounding out the full stage productions is another R&H classic. The King and I will be running from August 31st through September 2nd.

Featuring such hit tunes as “Getting to Know You,” “I Whistle a Happy Tune,” “I Have Dreamed” and the landmark “Small House of Uncle Thomas Ballet,” this show will delight and enchant audiences of all ages.

Other theatre related events for the summer include Wicked star Idina Menzel in concert with the NSO on August 3rd.

You can also see Sing-A-Long Sound of Music on August 25th, the classic film The Wizard of Oz on July 14th, and West Side Story on August 4th. Both will be shown on a huge movie screen with live accompaniment from the NSO.

For a full list of all happenings at Wolf Trap go to www.wolftrap.org.