‘A Quick 5’ with David Muse 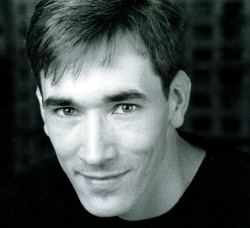 David Muse is completing his first season as the Artistic Director of The Studio Theatre. He is currently directing Bachelorette which begins performances at The Studio Theatre on May 23rd. In 2005 Muse came to Studio Theatre and began directing at The Studio 2ndStage, The Studio Theatre’s producting wing dedicated to the nurturing of rising talent with The Intelligent Design of Jenny Chow and Frozen. Select Studio Theatre mainstage credits include The Habit of Art, Venus in Fur, Circle Mirror Transformation, Blackbird and Reasons to be Pretty. Other area credits include Terrence McNally’s Frankie and Johnny in the Clair de Lune (Arena Stage, 2007), Julius Caesar (The Shakespeare Theatre Company, 2008), and most recently, Henry V (The Shakespeare Theatre Company, 2010). Muse has also directed at the Hudson Valley Shakespeare Festival, the New York City Summer Play Festival, Source Theatre Festival and Theatre Alliance.

Did you go to school for directing?

I did. In a way, twice. I did my MFA training in directing at Yale drama. And I worked for Michael Kahn for seven years, which wasn’t classroom instruction obviously, but was intense apprentice-style training.

What was your first production as a director at The Studio Theatre?

I directed The Intelligent Design of Jenny Chow at Studio 2ndstage in 2005.

There are four stages to fill at The Studio Theatre every season. How do you decide which shows go into which space?

I think those decisions are some of the most important decisions I have to make, actually. Sometimes it’s obvious to me which space best suits a play. Other times it’s a tougher call, and requires careful advance thinking about the style of the production and its likely design. Plus there are scheduling issues, order-of-the-season concerns, artist availability complications.

Of the four stages in The Studio Theatre which is the most challenging to stage a production in?

Each of the spaces poses its own unique challenges – it’s impossible for me to pick the hardest. Ask me in five years, maybe i’ll have a better answer.

The Studio Theatre has always produced at least one show that recently closed in NYC during its season. Of the shows playing currently in NYC are there any that you would like to produce at The Studio Theatre?

Best that I not talk publicly about specific titles for the future. Stay tuned.