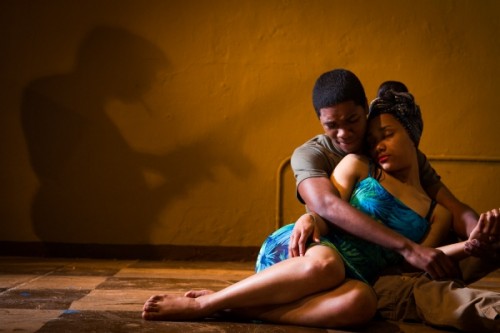 Lynn Nottage’s Ruined, currently playing at the Fells Point Corner Theatre, is not a play that will be enjoyed, but it will be appreciated. Reminiscent of Brecht’s agit prop theatre of the 1930s, Ruined is not about entertainment. It is about social conscience.

‘Ruined’ is a very well-executed piece of theatre, but not in any way for the faint of heart. Be prepared for a play that makes you think. 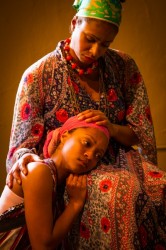 The play takes place in a brothel in the eastern Democratic Republic of Congo. Run by the pragmatic Mama Nadi (Valerie Lewis), the place is an unwilling refuge to women fleeing from the horrors of war—Sophie (Cheveé Crafton), a former college hopeful mutilated by a bayonette; Josephine (Dionne Johnson), a siren whose father was a deposed chieftain; and Salima (Yakima Rich), who lost the love of her family when she was kidnapped and taken for a concubine by militia. Mama Nadi struggles to maintain neutrality between the two warring factions that frequent her place of business, both of which drink her beer, sleep with her women, and start fights in her bar. Her practicality and her lack of social conscience is a poignant contrast to the suffering of the women in the play.

Of course, the message of Ruined would not be received without an excellent cast. The subtlety of Cheveé Crafton’s expressions (generally a mix of sorrow and defiance) are excellent, as is her persistent slight limp, which reveals her suffering without drawing outright attention to it. The tension in Yakima Rich’s body as Salima sits on the lap of a volatile soldier is downright palpable. The charm and consequent degeneration of Mama Nadi’s Fanta-drinking customer Christian (Tyrone Requer) is so perfectly displayed as to be visually and emotionally devastating. The persistent drumbeat of the silent James “Djuann” Ray was occasionally jarring but never faltered. 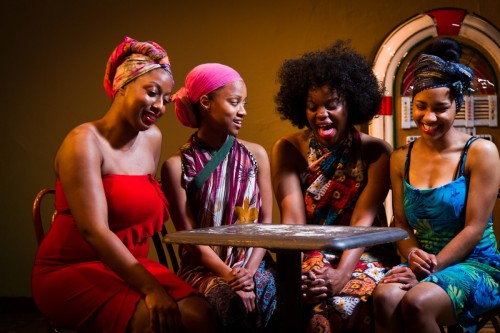 All of this plays with a backdrop that is a tribute to excellent set design. The drab brown walls, the corrugated iron shingles, the lit jukebox, the realistically labeled bottles behind the bar—it renders perfectly the image of an African café, right down to the blue and red DRC flag stretched over the top of the bar. Bush Greenback and Kevin Heckathorn have created a set that exactly matches this Pulitzer Prize-winning play. The revolving back wall was a really cool touch.

On that note, stage manager Erika Jones ran a very efficient tech crew. Scene changes were done under low lights, not blackouts, and were quick enough to not detract from the movement of the play.

Ruined is a very well-executed piece of theatre, but not in any way for the faint of heart. Be prepared for a play that makes you think.