1. The Music Man at Arena Stage at the Mead Center for American Theater

This musical for the entire family hits all the right notes!  Tickets might be hard to get, so order in advance.

Synopsis:  The plot concerns con man Harold Hill, who poses as a boys’ band organizer and leader and sells band instruments and uniforms to naive townsfolk before skipping town with the cash. In River City, Iowa, prim librarian and piano teacher Marian Paroo sees through him, but when Hill helps her younger brother overcome his fear of social interactions due to his lisp, Marian begins to fall in love with Harold. Harold, in turn falling for Marian, risks being caught to win her. 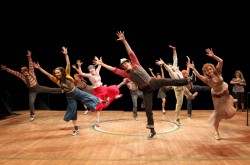 The cast of Arena Stage at the Mead Center for American Theater’s production of 'The Music Man' May 11-July 22, 2012. Photo by Joan Marcus.

2. You Can’t Take It With You at Everyman Theatre

Everyman Theatre prides itself in showcasing some of the finest professional actors in the Baltimore area.

Synopsis: Fireworks, police raids, and a xylophone are just the tip of the iceberg in this Kaufman and Hart zany madcap comedy classic. Meet the Sycamore family, politically independent with healthy distrust of government. They open their New York City home to all sorts of free spirits. When their daughter Alice, decides to invite her conservative boyfriend’s family to dinner, they promise to be on their best behavior. However…! Featuring an all-star Everyman cast, you won’t want to miss our final performance this season. 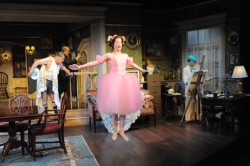 Celebrate Memorial Day “Bob Hope” style with a re-creation of a USO Show, Saturday, May 26, 2012 7:00 PM at the North Beach Volunteer Fire Department. 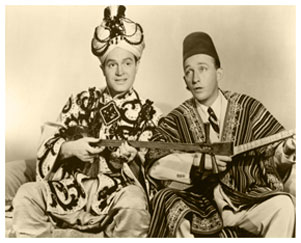 Bing and Bob are Back for a USO Show Re-creation.

Trust me when I say that this show is perfect for young couples looking for a place to go on a date!  (It may spark some summer romance!)

Synopsis: Xanadu, the zany send-up of the cult film starring Olivia Newton-John, delivers rock-star hilarity in an electrifying tale of forbidden love. Kira, one of seven quirky Greek muses, is sworn to three things: to inspire mortals, never reveal her identity and never, ever fall in love. However, when she emboldens struggling artist Sonny to create the first roller disco, Kira feels the artistic pull of her own. 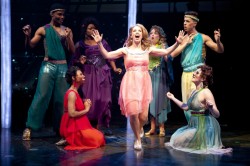 Enough can’t be said how blessed Baltimore is to have the Baltimore Symphony Orchestra.

Synopsis: Always a special event, Beethoven’s Ninth Symphony reminds us of the triumphs of man, with its journey from darkness to light culminating in the uplifting, ecstatic “Ode to Joy.” A stellar cast of soloists joins forces with the Baltimore Choral Arts Society under the direction of Peter Oundjian. Nowhere will we hear a more deeply touching expression of faith than in Bruckner’s moving hymn of thanks to God. 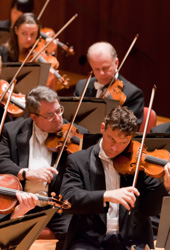