Anne Kohn leads a double theatrical life. By day she is the Associate Director of Administration for The Shakespeare Theatre Company and by night she is the Producing Director for No Rules Theatre Company. Before coming to DC she worked in various theatres in the Cleveland area. I must say I admire anyone who can hold down two high powered positions in the theatre and keep their sanity. Anne impresses me as a very calm person, which you have to be in the positions that she holds.

Before coming to DC you worked a lot in Cleveland. What brought you to DC?

While completing my MFA in Performing Arts Management at the North Carolina School of the Arts I was required to do a year-long internship. I only applied to theaters in DC. This city has so much to offer in terms of great art, interesting people, diverse neighborhoods and tons of free things to do. No Rules was producing its first show, Hedwig and the Angry Inch, at the same time in North Carolina. We transferred it to the Warehouse and the theater community was so welcoming. We had people from Woolly Mammoth, Shakespeare Theatre Company, the NEA and all these other arts organizations come out to see the show and introduce themselves. I felt so welcomed and excited to be a part of the great arts community.

By day you work at The Shakespeare Theatre Company as Associate Director of Administration and by night you are the Producing Director for No Rules Theatre Company. Can you please tell us about the differences and similarities the two jobs have?

I was really amazed at the number of similarities between the two companies. I think some of that is just the nature of non-profits. The biggest similarity between my two roles is that no two days are ever the same – both Joshua Morgan (NRTC Co-Artistic Director) and Chris Jennings (STC Managing Director) are especially good at keeping me on my toes. The differences have to do with the scope. My role at STC is very specific, dealing mainly with budgets, cash flow, and contracts. My role at NRTC is very broad. One minute I’m focused on marketing a show, the next I’m writing grant reports, the next I’m attending a production meeting, and then I’m working on a gala invitation.

If you had to pick a favorite Shakespeare Theatre Company production that you have been associated with, what would it be?

Keith Baxter’s production of An Ideal Husband was by far the most physically beautiful production I’ve seen. The artists at STC’s costume, scene, and prop shops completely outdid themselves on this magnificent and ornate production. The cast was spectacular and we still talk about how lovely they were to work with. While it was a period piece, it wound up feeling incredibly relevant especially for the DC community. I loved everything about it. 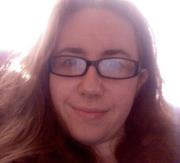 With all the theatre in your life what do you do for relaxation when you are not working?

There hasn’t been much “not working” time recently, but as I am stepping down from the role of Producing Director for No Rules at the end of June, I’ve been thinking about what I will be doing with my free time. I’m excited to get back to reading for pleasure, going to the movies, cooking, keeping up with my balcony vegetable garden and seeing some shows at Fringe. I’m ready to go to the theater for fun and not just for work. I’m also planning a really awesome trip to England in the fall.

Where do you see No Rules Theatre Company being in five years?

When we decided to make NRTC a dual-city company (it is also in residence at the Hanesbrands Theatre in Winston-Salem, NC), our goal was to create a business model where the company would produce each season two shows that would transfer between each city, as well as one show for each individual city. This model would allow us to utilize the efficiencies associated with transfers while still serving the needs of the individual communities. This is the model that will be put into effect next season. That has been such a lofty goal since the beginning, I haven’t thought too much past it. What I know is that in five years, Joshua Morgan and Brian Sutow will still be striving to create accessible, truthful theater of the highest quality with absolutely no rules.