‘A Quick 5’ with Jeffries Thaiss 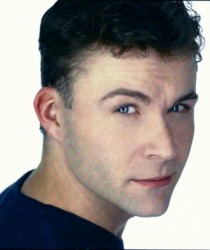 Jeffries Thaiss is currently performing in Sleuth at Olney Theatre Center, where he has been seen in The 39 Steps, Witness for the Prosecution, Dinner with Friends, Trumpery, The Glass Menagerie, Is He Dead?, The Underpants, The Mousetrap, Democracy, 13 Rue de L’Amour, Enemy of the People, Hedda Gabler, The Heiress, Saint Joan, Carousel, Piaf, Anna Karenina, Monster, Candida, She Loves Me, and Holiday.  Earlier this year, he performed in Spatter Pattern, with PTP/NYC.  Regional credits include shows at Seattle Repertory Theatre, Cincinnati Playhouse in the Park, The Repertory Theatre of St. Louis, the Shakespeare Theatre, Syracuse Stage, The Kennedy Center, Portland Stage Company, Great Lakes Theatre Festival, Cape Playhouse, Ogunquit Playhouse, Idaho Shakespeare Festival, Triad Stage, Virginia Musical Theatre, New London Barn Playhouse, and The Sewanee Writers Conference, among others. TV credits include As the World Turns, One Life to Live.

What was your first professional performing job in the DC area? 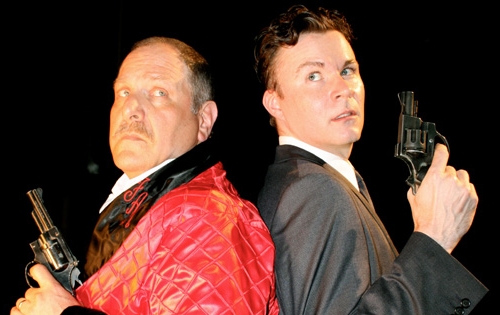 Much of your work including your current show Sleuth has been at Olney Theatre Center. What are some of the things you enjoy the most about working there?

The People.  Some of the finest theatre artists and human beings I have ever encountered have worked here.

You have appeared on two network soap operas (As The World Turns and One Life to Live). I know that actors have to work fast to get the lines down in that situation which is similar to getting off book quickly for a stage production. Are there any other similarities between the two?

The greatest similarity between the two I’d say is the interdependence of all interested parties on each other. You can’t get anywhere worth getting without teamwork in this business.

If you could do something else in the theatre besides perform, what would it be?

Teaching.  My father is a life long teacher.  My mother has also taught, so I respect it and am familiar with it.  And I’ve had a little experience doing it, sharing my knowledge, both practical and abstract with younger artists.  Even though I learn with every process myself, so many valuable things have been passed down to me that I’d like to share them with others.

After Sleuth at Olney Theatre Center where can we see you next?

Come to New Hampshire, and the New London Barn Playhouse!  I’ll be there all August!