1.  Riverdance at The Lyric

Get your heart pounding and feet tapping in this Irish music and dance spectacular!

Synopsis: Recently, the producer of Riverdance, Moya Doherty, announced that the United States touring production of the internationally-acclaimed worldwide phenomenon will close in June, 2012. Riverdance will play at The Patricia and Arthur Modell Performing Arts Center at The Lyric FOR THE VERY LAST TIME, June 1st -2nd for 3 performances only! 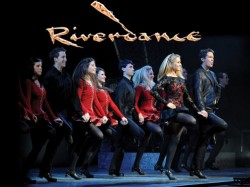 2. Tommy Tune: Steps in Time, A Broadway Biography in Song and Dance at Strathmore

Tommy Tune was the 2011 recipient of the Helen Hayes Tribute Award.  See him live on stage in an unforgettable performance.

Synopsis: Broadway’s legendary song and dance man, Tommy Tune, celebrates 50 years on the Great White Way with this high-stepping show that traces his nine-time Tony Award-winning career. Backed by a band and the singing and dancing titans of the Manhattan Rhythm Kings, Tune sings, dances and laughs his way through his life in the footlights.

Below is the MD Theatre Guide’s exclusive footage of his acceptance speech at the 27th Helen Hayes Awards.

3.  Soulful Symphony: Whitney “The Voice” at The Hippodrome

I have a good feeling that Soulful Symphony will do justice to the music of the late legendary singer, Whitney Houston.

Synopsis: Music suffered a great loss when Whitney Houston, one of the greatest divas of our time, passed away. In honor of the late singer, Soulful Symphony with Darin Atwater will present a tribute show featuring some of the most soulful and powerful voices with inspiring and newly orchestrated arrangements of Whitney’s greatest hits. We will explore Whitney’s legacy and groundbreaking repertoire from gospel to pop, R & B to film music; a classic retrospective of this global icon. Celebrate Whitney, “The Voice” in our season-ending unforgettable performance. 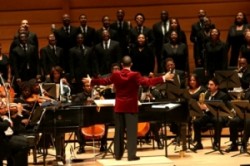 After you get your political junkee fill by watching HARDBALL with Chris Matthews on MSNBC, turn the TV off and attend a live show at Dominion Stage with their production of November.

Synopsis: It’s November in a Presidential election year, and incumbent Charles Smith’s chances for reelection are looking grim. Amidst the biggest fight of his political career, the President has to find time to pardon a couple of turkeys — saving them from the slaughter before Thanksgiving — and this simple PR event inspires Smith to risk it all in attempt to win back public support. With Mamet’s characteristic no-holds-barred style, November is a scathingly hilarious take on the state of America today and the lengths to which people will go to win. 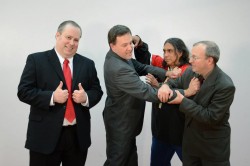 For those that are in love or have ever been in love, this romantic musical will stir up emotions with classic Rogers & Hammerstein songs like “Some Enchanted Evening,” “Younger Than Springtime,” and “This Nearly Was Mine.”

Synopsis: South Pacific takes place at the beginning of World War II with stories of 2 couples who struggle to make sense of love and find happiness in a prejudiced and war-driven world. Can love conquer geographical and cultural divides? 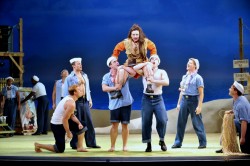