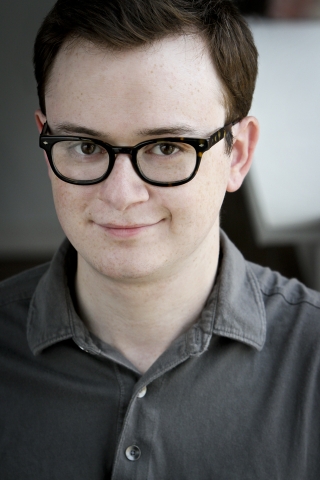 Adi Stein is a writer, director, and actor who currently resides in Washington, DC.  He recently graduated from American University with a BA in Theatre, concentrating on Performance and Philosophy. His current project is directing Jesus Le Momo, which opens this Friday at Capital Fringe. His credits include writing Snap! for The Apron Theater Company. Working with Adi on Jesus Le Momo has been a good one for me. It’s so nice when the Director and Stage Manager get along. So this is where I am shamelessly plug our show. Jesus Le Momo features a whole lot of young talent with Adi at the command. When you come see it, check out Adi’s direction and our wonderful cast who will be featured with their own article real soon.

Growing up did you always know you were going to work in the theatre?

Definitely. I have always been drawn to theatre, and acting in particular. I remember always going out and auditioning for the school plays. Being a part of those productions was usually the highlight of my year, so much so that I started going on auditions for professional television and film work when I was in middle school. My parents used to take me to New York after school and I would go on one or two auditions. I got quite a bit of work and since then I have just been addicted to acting.

What drew you as a director to Jesus Le Momo?

The main thing that drew me to Jesus le Momo was the challenge. As funny as the piece is, it is also very bizarre, so directing it has been very exciting. The main challenge for me was figuring out how to make these extreme characters relatable to the average audience member and making sure that the audience understands what is going on and doesn’t feel left out. Luckily, I have a great team of actors and designers helping me do it so I’m confident that those challenges have been bested. 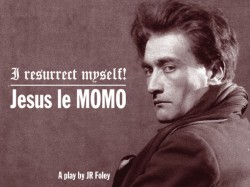 Can you please describe the story of Jesus Le Momo?

Jesus le Momo is about a cult in Takoma Park in the 1970s that, in the midst of their prayer, are visited by le Momo (the ghost of Antonin Artaud, played by Elizabeth Salamon). From there, le Momo proceeds to engage the cult in various rituals in an attempt to fully resurrect himself.

Which do you prefer to do more, act or direct?

I honestly cannot decide. Directing is fantastic in that it allows me to tap into all aspects of theatre. I can work on design, tech, acting, and just about anything else involved in putting up a show. As such a huge fan of theatre and what theatre can do, that is just about the greatest thing possible. But with acting I get to explore and focus on one character, allowing me to delve deeper and become more invested in one subject. Ultimately, I would love to find a way to combine directing, acting, and even writing.

After Jesus Le Momo where can we see your work next?

After Jesus le Momo you will be able to see me play the role of Jared in Theatre J’s upcoming production of Body Awareness. I cannot wait!