‘A Quick 5’ with Pippa Pearthree 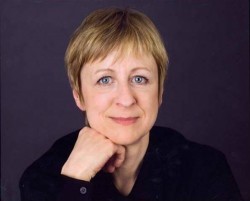 Pippa Pearthree is currently on tour with The Addams Family playing the role of Grandma. You can see her in action through July 29th at The Kennedy Center. Her Broadway credits include The History Boys, Titanic, and Whose Life Is It Anyway. A few of Pippa’s  Off-Broadway credits include The Dining Room, Hamlet and The Miss Firecracker Contest. Film and TV credits include Law and Order, Mrs. Soffel and Village of the Damned. Pippa is hysterical in The Addams Family and I must say I have been following her career for a while so it’s nice to see her live onstage again.

My first professional job was the national tour of a Stephen Schwartz musical called The Magic Show. The magician, Doug Henning, played it on Broadway. Yes, there was magic but also music and a book. It was over 30 years ago, but I believe we played The National Theatre in Washington and I know we played the old Morris Mechanic Theatre in Baltimore.

I saw you in a TV adaptation of A.R. Guerney’s The Dining Room a while back, which featured W.H. Macy. Had you done that show Off-Broadway prior to filming for TV?

Yes, I was a member of the original cast of The Dining Room in New York, along with Bill Macy. 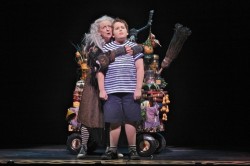 You are currently on tour with The Addams Family. Does it get grueling after being out on the road for a while?

We’ve been on the road since September and while we are very fortunate to have a wonderful and friendly cast, who make touring as pleasant as possible, I am feeling a bit homesick and ready for a break. We head home for 6 weeks in August and that will be sweet.

What are some of your memories about working with Richard Griffiths and being a part of the wonderful play The History Boys?

I cannot say enough wonderful things about the great Richard Griffiths. His acting speaks for itself. It is so relaxed, so authentic. I was understudying the sublime Frances de la Tour and Richard could not have been more generous and kind. The boys were extraordinary and having the time of their lives in the biggest hit on Broadway. One of them, James Corden, received the Tony Award for best actor this year for One Man, Two Guvnors. My only disappointment was the one time I went on, Richard was back in England for the week filming a Harry Potter movie. How I would have loved working with such a master.

Of all the roles you have played what are some of your favorites?

I’ll just give you two of my favorites. I had a sweet, funny part as a nurse in Whose Life Is It, Anyway. This was in 1980, I think. I was 22, it was my first Broadway play and it was thrilling. A few years later, I was in a wonderful English play called American Days at the Manhattan Theatre Club. I played an aspiring punk rocker. It was a great part.