Cabaret Review: ‘Born to take the BELTway’ with Carolyn Cole at Signature Theatre 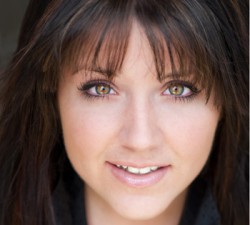 Carolyn Cole is here to win you over, folks, and with her incredible vocal style, utterly charming personality, and adorable stage wit, I’m here to tell you she’s gonna succeed!

From the moment she steps out onto the stage, Ms. Cole exudes presence, exuberance, and genuine love for her audiences. I had the pleasure to see Ms. Cole for the first time in her debut D.C. cabaret show, Born to take the BELTway, which was very aptly-named. Ms. Cole, a self-confessed classical coloratura soprano once upon a time, claims she found her true voice in blues and rock, and does she have the pipes to back it up!

I experienced her performance as intimate, well thought-out, and just pure fun. Ms. Cole presents a variety of songs from the stage and radio waves with her own distinctive flavor. In some cases, this means song parodies, for as she tells us, she doesn’t like to always sing the songs the way they are written. Some of these songs were the most fun, obviously, as she poked fun at herself. During one song that features a fellow Helen Hayes Award recipient and their two physical trophies, she portrayed herself as just another hopeful supermom; during this hilarious piece she rocks out to karaoke in the basement while the children sleep.

Carolyn Cole is a must-see performer…

Ms. Cole’s blues roots shown in her outstanding rendition of Janis Joplin’s “Cry, Baby,” while she still had enough left over to give a beautiful, bluesy rendition of “Over the Rainbow.” One of the wonderful things about her performance is how well she connects to her audience; she talks comfortably and genuinely to them during each break, and helps bring them into an appreciation of the songs from her point-of-view. She is also very funny, her “nervous” laughter being rather infectious.

Carolyn Cole is a must-see performer who is bound to win many more audiences over by singing her way into their hearts, young and old. You can see her cabaret show at the Signature Theatre for the last time on Thursday, July 26th; but if you don’t make it, I’m certain you’ll be seeing plenty more of her around the area.

To enjoy other cabaret performances by top-notch local and national performers, be sure to check out the Signature Theatre’s Sizzlin’ Summer Cabaret series from now until July 28th.