1. The Addams Family at The Kennedy Center

Move over Annie, a new comic-strip based musical is in town at The Kennedy Center and it’s so good, it’s creepy!

READ Mark Beachy’s review of the play when the tour was at the Hippodrome.

Synopsis: It’s every parent’s nightmare. Your little girl has suddenly become a young woman, and what’s worse, has fallen deliriously in love with a sweet, smart young man from a respectable family. Yes, Wednesday Addams, the ultimate princess of darkness, has a “normal” boyfriend, and for parents Gomez and Morticia, this shocking development will turn the Addams house downside up. 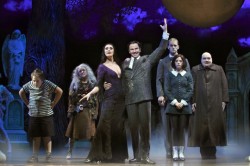 I’ve seen Mark’s work before and I can tell you that I have always been entertained!

Synopsis: Once there was the King, the Killer and the Fat Man of Rock n’ Roll – but time has left the Fat Man forgotten in the Louisiana bayou and Jesse now has the fastest and cleanest hand in rock. Dewitt sees his way back to the top with Jesse playing for him; intrigued by the faded rockabilly star, Jesse travels to the bayou only to find out that rock n’ roll never dies – even when it should. 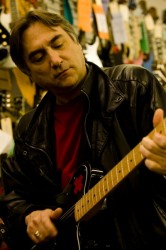 I recently saw Heather Bagnall Scheeler try her hand at stand up comedy and I thought she was a hoot.  This solo act is sure to be funny in a way that can only be told by Heather!

Synopsis: Facing for the first time the world of dating, love, life and independence following a decade of married life, Laurel is the quirky, cool, together girl you always thought you wanted to be –– until you read her blog!

4. Over The Line Festival at Round House in Silver Spring Presents The Gift by Contradiction Dance and Kelly Mayfield Dance Company

Blending dance and theatre, The Kelly Mayfield Dance Company brings this magical story to life. Directed by Artistic Director Kelly Mayfield, with an original script by Director of Theatre Melissa-Leigh Bustamante, The Gift is a physical expression of the struggle to discover, and subsequently appreciate, unconditional love.

READ Robert Michael Oliver’s article about the Over The Line Festival.

Synopsis: Inspired by the classic tale The Giving Tree by Shel Silverstein, The Gift tells the story of a boy and a tree, and the intricate relationship that develops throughout the boy’s life. Their friendship naturally ebbs & flows, finally resting in a moment of mutual appreciation.

The cast of ‘The Gift’ as part of the Over The Line Festival. Photo by Michael J. Avilez.

Based on transcripts from the Israeli Police archives this drama reveals the brutal machinations of the Final Solution.

Synopsis: After his capture by Israeli Agents in Argentina former Nazi Adolf Eichmann is detained in a secret prison and interrogated about his role in the deportation of millions to the death camps of the Third Reich. 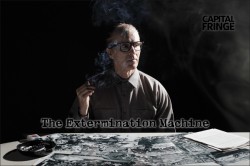