‘A Quick 5’ with Carol Hall 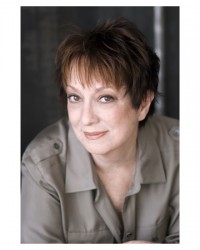 Carol Hall is the Composer and Lyricist for The Best Little Whorehouse in Texas which starts performances August 14th at Signature Theatre. Other stage credits include The Best Little Whorehouse Goes Public, To Whom It May Concern, Paper Moon, Max and Ruby, Good Sports, Are We there Yet, A Christmas Memory and one song for a show I worked on in NYC called Hamlet Sings. Her work has been heard on the recording and the film of Marlo Thomas’s children’s classic Free to Be You and Me, Carol has her own cd called Hallways: The Songs of Carol Hall. The cd features Carol’s songs performed by Sally Mayes, Stephen Lutvak and Carol herself among many other great singers. There are very few songs about Christmas that are not all happy and peppy. Carol’s song in Whorehouse called “Hard Candy Christmas” solves that problem. It is a Christmas song without being a Christmas song. For those of you that don’t know Carol’s work, get to Signature Theatre and check out The Best Little Whorehouse in Texas. It will leave you wanting to hear more. If you are already a fan like me just go and have a great time.

What was your first paid job as a songwriter?

I wrote jingles, mostly for cereals that were so sugary, I didn’t allow my two kids to eat them. But I was thrilled to be making money from writing.

When you sit down to write a song as a solo writer, which comes first — the music or the lyrics?

It depends on the task at hand. For a poignant moment at the end of the show, when all the girls are resigned to leaving Miss Mona’s forever, I sat at the piano and searched for musical phrases which felt rueful and sad (“Hard Candy Christmas”). In a comedy number like “L’il Bitty Pissant Countryplace,” I was interested in using Texas regional language to introduce our main character, so lyrics began emerging first. For the opening number (“Twenty Fans”), I wanted to subtly create a contrast between the fact of the bordello and the culture it was operating in, so I used gospel chord structures as a kind of funny background touch.

How did you originally become involved with The Best Little Whorehouse in Texas?

I was good friends with Pete Masterson (co-director and co-writer), his wife, Carlin Glynn (who later won the TONY for creating the role of Mona) and I was also acquainted with Larry L. King (co-book writer). One night, Pete, Carlin, my husband Leonard and I went to the theater to see a play about Texas called “Vanities.” Afterwards, we were talking about what fun it would be to write a musical about Texas. Pete had read Larry King’s article in a popular men’s Magazine called “The Best Little Whorehouse in Texas.”  The next day, I called Larry and a few days later we all met to explore the idea.

The Best Little Whorehouse Goes Public was the sequel to the original musical and did not fare well on Broadway. If I may say so the cd makes a good listen. What do you think were the reasons for the show’s quick demise?

Moss Hart said a wonderful thing: he said he didn’t know the reason for any of his successes, but that all of his failures were due to the fact that he said “yes” when he meant “no.” Universal, who had produced the first show, came to us and pleaded for a sequel. I don’t think any of us thought it was a good idea. Ever. But somehow we ended up trying to piece together a story based on news events in Las Vegas and that’s not a good reason to write anything. It wasn’t a very good show. We should have said “no.” Thank you for liking my songs. I like them, too.

Of all of the collaborators you have written with, who are some of your favorites?

I have too many wonderful friends who I’ve written with, to pick “favorites,” but I will say that my most recent experience of writing with Broadway veteran Larry Grossman was really terrific. We wrote songs for a musical version of Truman Capote’s classic story “A Christmas Memory.” The book was by Duane Poole. It’s had two productions to great success; maybe we’ll get lucky and Signature Theatre will do it next Christmas.