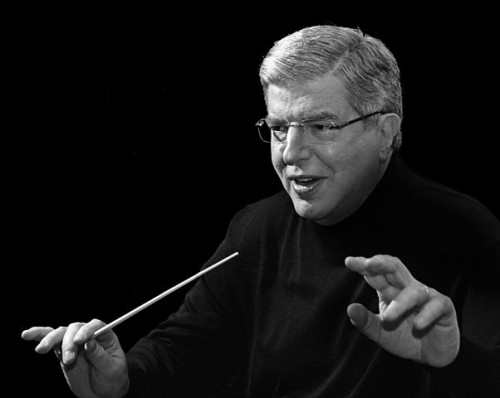 The first time I saw Marvin Hamlisch, he was playing piano at Carnegie Hall. It was May 6, 1972 and the occasion was “An Evening With Groucho.”  My childhood hero, Groucho Marx, was performing a show of reminiscences, comedy and song, and Hamlisch was his accompanist.  The audience, jammed with knowledgeable Groucho-philes, responded favorably to his glissandos and general keyboard mastery.

Over the next couple of years, Groucho’s accompanist and straight man did something even more remarkable than win a string of Emmys, Oscars and Tonys.  He completely reshaped the nature of the American musical.

A Chorus Line opened in 1974, music by Hamlisch, lyrics by Ed Kliban, stories by the actual dancers themselves.  Until A Chorus Line, Broadway musicals told big stories about larger-than-life people:  the king of Siam; Oklahoma farmers, Russian peasants; ancient Roman notables and slaves.  A Chorus Line was the first to focus on the lives of the performers themselves, the individuals behind the makeup and costumes, the ones who lived for the stage and had suffered enough in their childhoods to need an audience to shower them with love.

One of the many haunting moments of A Chorus Line is when the dancers, auditioning for a Broadway musical, stand in a row with their headshots in front of their faces.  We are human beings, just like you; we’ll do anything to dance for you and entertain you.  We’ll give you our lives.

There would never have been an Avenue Q or Rent or any of the other “reality” musicals without A Chorus Line.  More importantly, we might never have recognized the humanity, or the dignity, of the non-star performer, without this show.

If you weren’t alive and in New York back in 1975 when it opened, let me set the scene.  No one had ever thought of sitting dancers down in a room, turning on a tape recorder (nothing digital back then, kids), and letting them tell the stories of their lives.  Of pretending that an absent father was an Indian chief, dancing around the living room.  Of rising from an inner-city childhood to a potential career as an elementary school teacher … and suddenly realizing that you haven’t the slightest interest in teaching elementary school and that you may have gotten scholarships to college, but “there ain’t no scholarship to life.”  Of a mother digging a father’s girlfriend’s earrings out of the car.

The lyrics were blunt and powerful and raw and real.  No one had ever heard words like that on a Broadway stage before. And the music that Hamlisch and Kliban created swept audiences off their feet and created a demand for tickets so huge that the show ran seemingly forever.  The show that looked like nothing else on Broadway ran longer than anything ever had on Broadway, and completely changed Broadway and its audience, right down to the present day.  A Chorus Line made theater, the home of artifice and distortion, real.

Hamlisch then went on a winning streak like no other.  He won every award you could win. And now he’s gone.

I can still see him pounding those keys so exuberantly at Carnegie Hall, taking verbal punches from Groucho and gleefully giving as good as he got.

I’ll miss you, Marvin.  And thank you again for A Chorus Line. You made those in the shadows come to life.