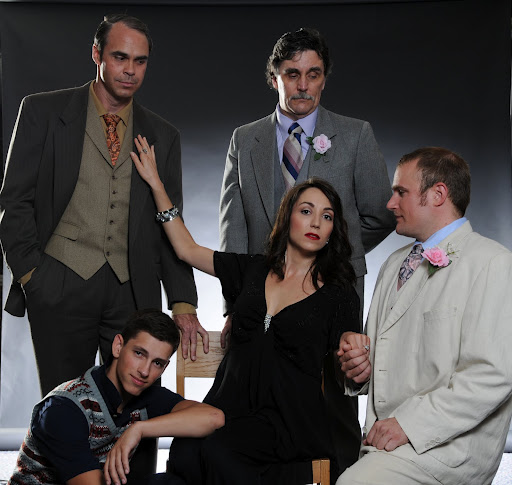 The late Baltimore actor, Charlie Ward once told me that one of his favorite movies was Laura.  He even sang to me a few versus of the song “Laura,” which was adapted from the theme of the 1944 film. So when I found out that Cockpit in Court was producing the stage play based off of the movie I wanted to go to see the play in his honor. After seeing the play, I can see why he fell in love with the story which is filled with mystery, murder, romance, comedy, and unrequited love.

Director Sherrionne Brown does a stellar job at keeping the action moving and the audience guessing until the very end. You will be captivated by Cockpit in Court’s production of ‘Laura.’ 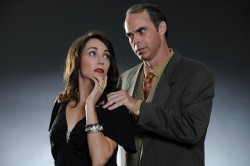 The cast is superb. Greg Guyton does a fine job as the handsome Lt. Detective Mark McPherson who, after reflecting upon Laura’s portrait on the wall said, “In order to solve a girl’s murder, you have to know her life.”  He gets to know her life and the people that were in them. The quick-witted Waldo Lydecker, successfully played by Phil Gallagher, isn’t too confident in the Detective saying to him, “I think you underestimate the complexity of the case.” The case is indeed complex.  Who is this mysterious character called “A Girl”? To protect the mystery behind the play I can’t say much about her character, but I can say that the actress playing her, Melissa O’Brien, gives a tour de force performance.

The script by Vera Caspary and George Sklar is exquisite.  There are even some memorable lines throughout the play.  Most of them are given to Waldo Lydecker who is quite the memorable character himself!  With his British accent, gray suit, mustache, and pink flower in his lapel, Mr. Gallagher as Waldo delivers his funny quips similar to Monty Python’s John Cleese.

The play is presented in the round in a cabaret setting, complete with tables and chairs.  Food, drinks, and snacks are also available in the lobby.  The set design by G. Maurice “Moe” Conn suited the facility very well.  In the center is the stage with the living room and dining room.  On one of the corners is a wall with a portrait of Laura.  The other three corners are clever entrances to the stage.  The character-appropriate costumes by James J. Fasching and nice lighting design by Michael Rasinski helped to complete the setting.

Director Sherrionne Brown does a stellar job at keeping the action moving and the audience guessing until the very end.  You will be captivated by Cockpit in Court’s production of Laura.

Laura plays through August 5, 2012 in the upstairs cabaret of the Theatre Building of the Community of College of Baltimore County Essex Campus, 7201 Rossville Boulevard, in Rosedale, MD. For tickets, call the box office at 443-840-2787, or purchase them online.