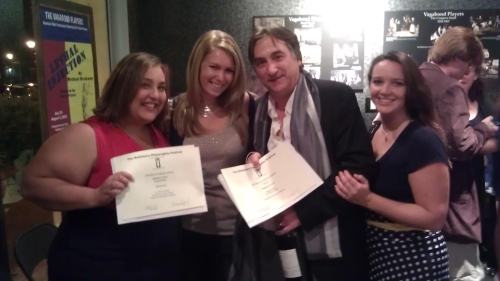 Each season a group of judges reviews and critques both the script and the production of each play that is produced at the BPF.  This seasons awards were announced on Sunday, September 23rd in a ceremony held at the Vagabond Players in Fells Point.

The awards have just been handed out and the BPF is already planning for next season.  If you are an aspiring playwright you have until September 30, 2012 to submit a play for its 32nd Season.  Plays must be unproduced and playwrights must be domiciled (or at one time have lived) in Maryland or Washington D.C. Submission guidelines are provided on the BPF website.

READ all of our reviews from the BPF.

Congratulations to the winners of the Baltimore Playwrights Festival Awards for season 31! 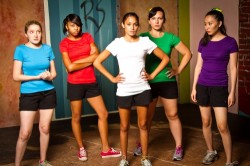 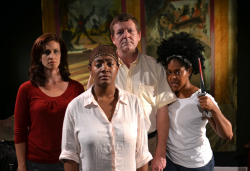 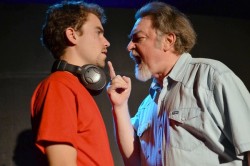 Jesse (Tucker Foltz), left, has little choice but to hear what Dewitt (Rodney Bonds) has to say. Photo by Robin Boyle. 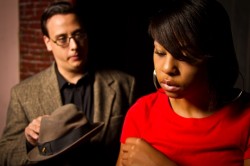 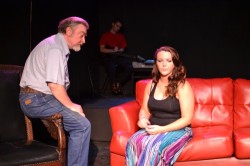 Dewitt (Rodney Bonds) and his wife, Sherri (Sarah Eberhardt), talk as Jesse (Tucker Foltz) sits in the back. Photo by Robin Boyle.