‘A Quick 5’ with Lucie Arnaz 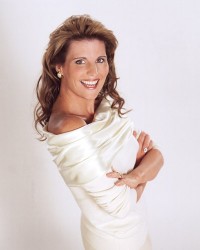 Lucie Arnaz is a rare breed of performer for a few reasons. First off, her longevity of 45 years in show business is a major accomplishmnet. Secondly growing up as the daughter of Lucille Ball and Desi Arnaz, it would have been easy for her to live off of her parents name for her career. Lucie has definitely not done that! Her Broadway credits include They’re Playing Our Song for which she was awarded the Theatre World, LA Drama Critics, and Outer Critic’s Circle Awards for best actress in a musical. She was also featured in Dirty Rotten Scoundrels, Lost In Yonkers, and Grace and Glorie. Touring credits include My One and Only opposite Tommy Tune, Social Security, Seesaw, and Whose Life Is It Anyway. She has performed in regional theatres across the country in such diverse shows as Annie Get Your Gun, Educating Rita, Master Class, The Guardsman, and I Do I Do. The last two she played opposite her husband actor Laurence Luckinbill. You saw her grow up on television with her mom and brother on Here’s Lucy and she has played opposite Neil Diamond in movie The Jazz Singer. I remember watching Lucie Arnaz on Here’s Lucy and then seeing her with her husband at Paper Mill Playhouse in The Guardsman and saying “wow she grew up!” Yes, Lucie Arnaz did grow up and is preparing a new show with Tommy Tune. Read on for more details. She also tours the country as a lecturer talking about how to successfully balance a career and a family. Her lecture is entitled Surviving Success.

We all know you’re parents were Lucille Ball and Desi Arnaz. Did they push you and your brother into show business or was performing something you knew you were going to do?

They never pushed anything except homework and vegetables. They supported our passions as we grew, and I believe I am in this business because of the joy I perceived surrounding it and in them as they worked. We all want to do something that brings us joy.

You performed on Broadway in They’re Playing Our Song which had music written by our dearly departed Marvin Hamlisch. What do you remember most about working on that show and working with Marvin Hamlisch?

His humor (“it’s the laughter we will remember”) and his uncanny genius in hearing exactly what a song needed to be for a particular scene/character — his sense of fun and his joy.

Of all of the roles you have played on stage what are some of your favorites?

Gittel Mosca in “Seesaw” (the script is flawless — really funny), “My One and Only,” (dancing with Tommy Tune), “Master Class” (the amount of material to absorb), “Lost in Yonkers” (Bella is a heartbreaking character), “Dirty Rotten Scoundrels” (working with Norbert, Jonathan and Greg Jbara and that crazy score), “I Do, I Do!” (working opposite my husband), “Annie Get Your Gun” (the score and working outdoors for the whole summer).

Kids of famous celebrities have gone on to play roles that their parents originated. Patrick Cassidy playing his dad’s role in She Loves Me comes to mind. If presented with the chance would you consider playing your mom’s lead role in a revival of the musical Wildcat?

Can you please tell us about any upcoming projects where we can see you perform?

I’m working on my big band “Latin Roots” show now. Tommy Tune is directing me and a twelve piece orchestra. The show celebrates my Latin heritage and some of the best music of my life. Soon to be in a theatre near you, and a sit down in Vegas!