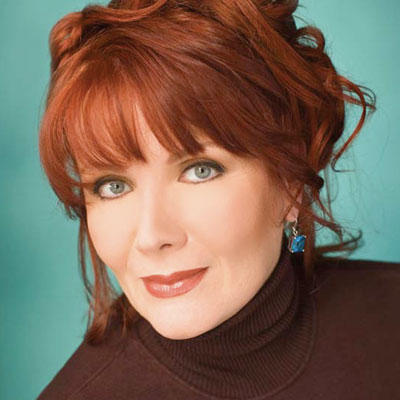 When in the presence of a superstar with a 40-year career as varied and celebrated as Maureen McGovern, it’s hard not wondering how she can still stand up in front of an audience at 63 and belt out so many rousing numbers at such a pace.

Friday night at the Kennedy Center’s Terrace Theater proved to be no exception for a woman who doesn’t look a day over 40 and whose career has taken her from Broadway to Grammy nominations to television appearances.

From the Beatles’ “When I’m 64,” to Bruce Springsteen’s “If I Should Fall Behind,” to Paul Simon’s “50 Ways to Leave Your Lover,” McGovern hit each of the covers with her own recipe of panache and artistry in this one-night-only special. She even scatted and improvised alongside fellow pianist and composer Jeffrey Harris, as well as the talented bassist Jay Leonhart. In each of her renditions she also celebrated peers such as Pete Seeger and Joni Mitchell, harkening back to the infancy of American pop.

…her voice speaks for itself.

The highlight of the night was the back-to-back combination of “Turn! Turn! Turn!” and “If I had a Hammer,” where McGovern deftly added her own Broadway style to the classics, while transitioning between Seeger’s lyrics seamlessly.

Between songs McGovern used the theme of the night – “Looking for Time and Love in the Digital Age” – to harp on her own experiences of love and technology, poke fun of her technology addictions, and humorously reflect on how we’re becoming less introspective,  serving up delights for the older crowd. The story behind her rendition of Jimmy Webb’s “Up, Up and Away,” in which she reflected back on cranking up the song after leaving her hometown in Ohio for a life-changing road-trip to California also added some welcome backdrop for her slowed-down rendition.

The show certainly seemed to leave some audience members nostalgic for the simpler, less digital world of the 70s, as numerous audience members hummed along. And for McGovern, who recently performed her one woman show Carry It On in New York and New Jersey, her voice speaks for itself. No one should expect this woman to back down from performing whatever she selects, or from captivating audiences across the country with her wide range and selection of songs.

Barbara Cook’s Spotlight in the Kennedy Center’s Terrace Theater features theater cabaret performances throughout the 2012-2013 season, all of whom are selected by Cook. The series will host Linda Lavin on Nov. 16, Judy Kuhn on Dec. 7, Terri White on Jan. 25 and Adam Pascal on May 10. For more information on ticketing and performances, patrons can call (202) 467-4600 or visit the Kennedy Centers website here.