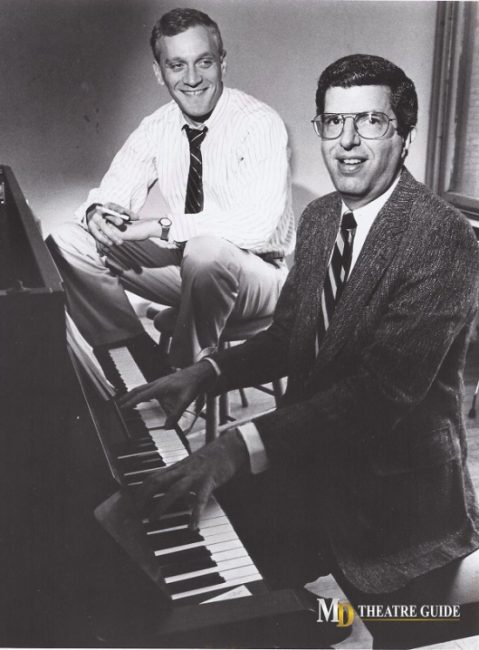 Howard Ashman and Marvin Hamlisch from 1986. Photo by Nancy Kaye.

Author/Lyricist/Director Howard Ashman and Composer Marvin Hamlisch are featured in this photo preparing for Smile, which was their new Broadway-bound musical based on the 1975 movie of the same name about that uniquely American institution — the beauty pageant.  Smile was produced by Lawrence Gordon, Richard M. Kagan, and Sidney L. Shlendker.

Marvin Hamlisch passed away August 7, 2012.  He, of course, was most famous for being the composer of the Pulitzer Prize and Tony Award winning musical, A Chorus Line.

Both artists left the theatre community too soon.