Synopsis: Cinderella lives with her wicked stepsisters, until a beggar (who reveals herself to be a fairy) comes, and rewards Cinderella by giving her a coach and a new look. At the ball, Cinderella falls in love with the prince. She stays only until midnight, when the spell wears off. But, she leaves her slipper behind, which the prince uses to find her again. The ballet is based on Charles Perrault’s Cendrillon. 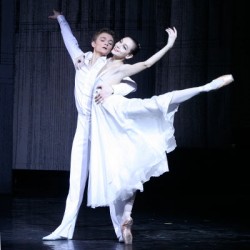 “Vince Eisenson, whose sensational performance as Richard is disarmingly affable from the start; his sickening smile is worn like a mask, right through to the play’s brutal conclusion.” -James Miller, MD Theatre Guide

Synopsis: After a long civil war between the royal family of York and the royal family of Lancaster, England enjoys a period of peace under King Edward IV and the victorious Yorks. But Edward’s younger brother, Richard, resents Edward’s power and the happiness of those around him. Malicious, power-hungry, and bitter about his physical deformity, Richard begins to aspire secretly to the throne—and decides to kill anyone he has to in order to become king. 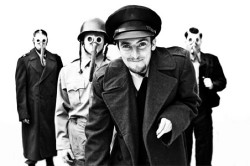 3. Over the Tavern at Olney Theatre Center

Synopsis: Precocious 12-year-old Rudy believes that we were put on earth “to have fun.” He refuses to be force-fed rules and values from anyone – not from his parents and especially not from Sister Clarissa. 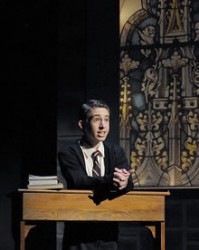 4. The 39 Steps at the Cumberland Theatre

“…the show was enjoyable for those looking for an easy evening of laughter and entertainment.” -Jess Growden, MD Theatre Guide

Synopsis: Mix a Hitchcock masterpiece with a juicy spy novel, add a dash of Monty Python and you have the intriguing, thrilling, riotous and unmissable comedy. The show hurtles a notorious fugitive and a spellbound blonde from a London music hall north by northwest to Scotland’s most remote highlands. Will they save Britain from a den of devious spies? 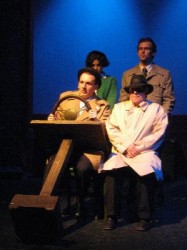 Synopsis: A nonstop sugar-rush of a show! College sorority sweetheart, Elle Woods, doesn’t take no for an answer. So when her boyfriend dumps her, Elle hits the books and heads for Harvard Law School to get him back! (What better reason to go to Harvard?) However, Elle surprises everyone (with her 4.0) and proves she can be a powder puff AND a power broker… YES, all this and music too – OMIGOD, you guys! 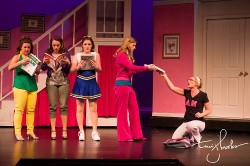