Though not quite standing room only, the Strathmore was packed from its crowded orchestra to its fourth tier balcony; even some of the throwback box seats elevated along the sides of this enormous structure had audience peaking over the rails. The stage was empty, however. The chorus had not yet arrived. The orchestra was nowhere in sight. “Where were the instruments?” the audience might have asked. “The piano and the big bass drum?” Were the two performers going to sing a cappella?

As it turned out, poet Wallace Stevens’ famous line, “Music is feeling, then, not sound,” was more than apropos for this occasion, as our two performers were not singers, but poets; and the thousand plus eager ears in the audience were yearning not for the sonorous chords of an oboe or a lute, but for the small wonders of two of America’s most famous bards: Billy Collins and Mary Oliver (who is, by the way, of no relation to this critic).

As a poet and performer myself, I have long bemoaned most poets’ inability to engage a live audience, almost as if years of academia had trapped their voices within the books they are constantly reading. To be sure, with the emergence of performance poetry—slam and spoken word—that lack of a live voice is disappearing.  With the gain, however, comes a countering decline in poetry’s essential solitude—its ability to question the rawness of experience. Oh, how I hoped that Collins and Oliver would strike a balance or bridge a synthesis between those paradoxical necessities!

And did they ever, bringing to life on the Strathmore stage the sublime solitary of poetic expression while at the same time embodying its desire for community. By the end of the event, Collins and Oliver stood before satisfied ears to a thundering ovation. 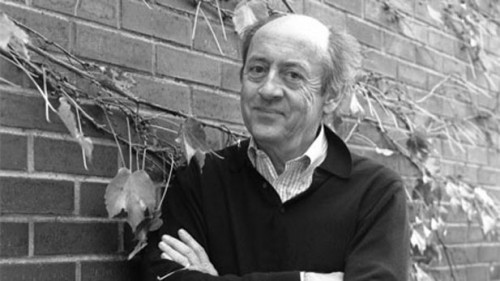 Collins delivered first. For those who do not know the work of Billy Collins: he’s America’s best selling poet, which doesn’t put him into the same category as Vladimir Mayakovsky selling out auditoriums in revolutionary Russia, but it still gives him a certain celebrity status. Collins is noted for his conversational style, his ability to almost place you beside him while he writes his poems, observing the quirks and queernesses of the world around him.

His performance exemplified that written style. Without pretense and with a soft wit, he shared his shorter works for 30 minutes. There were several dog poems—always sure to make a connection with Bethesda’s dog-loving community—from “Another Reason Why I Don’t Keep a Gun in the House” to “The Revenant,” where he reminds us that man’s best friend really rather hates the way you treat him, wanting more than anything to bite “off your nose.” In consideration of the age of the Strathmore audience he also read his thoroughly entertaining “Forgetfulness,” which speaks of the older brain’s inability to retain the world. Collins is the master of turning the everyday observation into poetry; like the standup comic, he can take the trivial and, with an ironic twist and clever turn of phrase, give it a temporal significance that brings a smile to your lips. 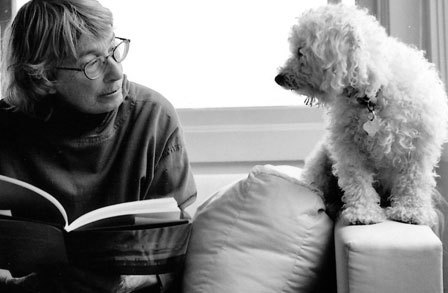 Mary Oliver took the stage second. If Collins is akin to the standup poet doing his shtick, Oliver assumed the tone of balladeer, crooning her solemn tomes to nature and love. She countered Collins’ humorous take on dogs (I’m telling you dogs are a winner with this crowd) with her own canine poetry. Their differences in perceptions about dogs exemplify their stylistic differences as well. Collins treats the dog as an object of conjecture and social commentary. Oliver treats the dog as a lover, zeroing in on her deep personal relationship with her “Percy” (no relations to the poet). The audience loved the sentiments conveyed in Oliver’s three dog poems.

Conveying all of her 82 years, Oliver’s performance style is part sardonic, part elegiac, and part hymnal; and at Strathmore it tended to add just enough personality to her otherwise somber poems to give them presence before a live audience. Unlike Collins, who seemed totally at ease with his audience and seemingly fed off their enthusiasm, Oliver had a touch of the Miles Davis, as if she might want to—not turn her back on us—but head back home to Provincetown at any moment. For as she mentioned during the discussion section of the event, “I don’t like being indoors.” Far from being standoffish, this touch of discomfort within the Strathmore added just the right tone to Oliver’s always popular “Wild Geese” and her praise poem to nature’s elegance, “White Heron Rises Over Blackwater.”

The third part of the event had Collins and Oliver on stage together, first with each sharing one more poem with the audience before taking questions from them. As with their poems themselves, this final phase of the evening they revealed another of poetry’s key ingredients. In an age where there seems to be so little real wisdom or honesty about the human condition, Collins and Oliver have both. Collins emphasized the need for artists to connect with the world around them where Oliver revealed a love of nature that seemed increasingly antithetical to our all-consuming virtual identities.

Collins and Oliver stood before satisfied ears to a thundering ovation.

The power of performance is that the performer does what the reader’s imagination must otherwise do or simply cannot do: transform the written word that lies dead on the white page into an animated persona. The poet performer is no different. As both Collins and Oliver rightfully told us, the poem is written in solitude, frequently to a single pair of ears listening to the poet express his or her wonder with world and language. When the poet stands before an audience, however, as before his or her community, that solitary act becomes a public declaration, and what the poet then does in the performance of those dead printed words makes all the difference.

Billy Collins and Mary Oliver brought their words to life.

Running Time: one hour and 45 minutes.

Billy Collins and Mary Oliver’s performance was a one-time event at the Strathmore. For other music and poetry events click here.