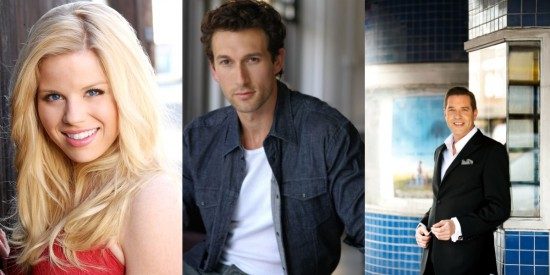 This past Thanksgiving weekend a modern day Broadway blonde bombshell wowed the audience in the Concert Hall at The Kennedy Center. I am speaking of Megan Hilty whom you will most likely recognize as Ivy Smith on NBC’s series Smash. Hilty recently appeared at Encores! in NYC starring in Gentleman Prefer Blondes so it was fitting that Steven Reineke and the National Symphony Orchestra started the evening with the overture from that show. The evening consisted mostly of songs associated with Frank Sinatra like “Luck Be A Lady” and “The Best Is Yet To Come” but there were other non-Sinatra compositions to round out the evening as well.

… a good way to spend part of a holiday weekend.

Hilty had incredible versatility with her repertoire. First she sang a big brassy number, which was her signature song from Gentleman Prefer Blondes called “Diamonds are A Girl’s Best Friend.” She then showed us her more subtle side with a pairing of “Autumn Leaves” and “When October Goes,” which both had lyrics by Johnny Mercer. The second song was set to music by Barry Manilow after Mercer’s passing. 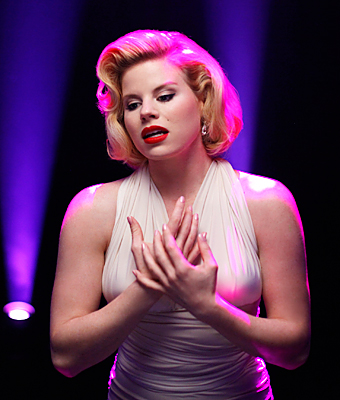 Megan Hilty in ‘Smash.’ Photo by Will Hart.

Appearing with Hilty was her co-star from Gentleman Prefer Blondes, Aaron Lazar who with Hilty performed a pairing of “Almost Like Being in Love” from Brigadoon and “This Can’t Be Love” from The Boys From Syracuse. Other duet highlights included a playful version of “Two Sleepy People” by Hoagy Carmichael and Frank Loesser. The couple’s chemistry was as good as I remembered it in Gentleman Prefer Blondes. As for Lazar’s solos, I really enjoyed his rendition of “What Kind of Fool Am I” and his “Moonlight Becomes You” complete with a Nelson Riddle arrangement was another highlight of the evening.

This is a National Symphony Orchestra concert so it’s time to mention maestro Steven Reineke.  Reineke has a great personality and a conducting style that never detracts from the orchestra or the vocalist. He also likes to feature orchestra soloists during his concerts. For his adaptation of Nelson Riddle’s version of “The Lady Is A Tramp” saxophonists Lee Lachman and Chris Vadala had two great swinging features. In another Nelson Riddle adaptation trombonist Craig Mulcahy was prominently featured in Cole Porter’s “I’ve Got You Under My Skin.”  By far my favorite orchestral feature of the evening was a haunting rendition of Alex North’s “Unchained Melody” featuring solos by cellist Glenn Garlick and pianist Tony Nalker. There is a reason why the NSO is one of the best sounding symphonies in the country and that is because the musicianship is impeccable. 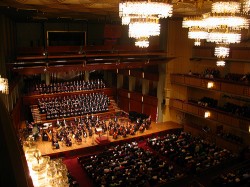 All in all Megan Hilty and Aaron Lazar as backed by the NSO with maestro Steven Reineke gave its audience a superb blend of a program. With Hilty’s sparkling personality, Lazar’s resonating voice and Reineke’s very likable conducting style, this concert was a very enjoyable evening and a good way to spend part of a holiday weekend.

Running Time: One hour and 55 minutes including one intermission.

For a complete listing of NSO events click here.